The Case Against Webb

I’m a little troubled by the buzz surrounding Jim Webb as a possible VP to Obama. When it was just the usual cult-of-personality folks pushing it, I didn’t think much of it. But the idea that Webb could bring some GOP-attack-defeating military cred to the Dem ticket, pushed along by this foolish notion of having to win over every last racist in Appalachia, has slowly been rising through the bigger public conversation. So it’s worth considering exactly what’s being sold, here.
First, though, I want to be clear – I’ve been a fan of Jim Webb. I contributed to his campaign, I volunteered long hours for him, and was absolutely thrilled to be part of the effort that led to this moment. Webb is – without a doubt – orders of magnitude better than the guy he replaced. Since his election, I’ve been glad to see him push better benefits for veterans and start tackling the (enormously unpopular) topic of prison crowding and violence. He has disappointed me greatly on some issues, but on balance I think he’s a net positive for the United States Senate.  I believe he’s got a fine Senate career ahead of him.

shaky campaigning skills, his well-documented history of extremely poor political judgments, his johnny-come-lately status as a Democrat, his questionable ability to attract votes, and above all, his horrible record on gender[.]

Check out her lengthy post for solid examples of each. Now, I’m not suggesting that Webb hasn’t improved in some of these areas, or that he isn’t entitled to credit for evolving views. But he’s got a very public record available that shows some pretty bad judgments over the years.  Further, he’s also demonstrated some bad judgment as Senator (again, here).  For me, this doesn’t necessarily add up to him being a poor choice for Senator. But it certainly doesn’t support the idea of him as a good choice for Vice President.

The Vice Presidency isn’t merely another political pose – it’s what the country intends to rely on in a time of enormous crisis, and it’s the slot from which the occupant will do all he or she can to make herself the prohibitive favorite of the party for 2016. And right now, Webb hasn’t yet proven himself to be worthy of either of those things.  Democrats can do better.

Kevin Green is scheduled to be executed tonight, having been convicted and sentenced to death for a 1998 murder of Patricia L. Vaughan. Kevin Green is, by many accounts (though not that of the Fourth Circuit Court of Appeals), mentally retarded. Details of Green’s retardation here. I am an absolute opponent of the death penalty. While I recognize that absolute opposition isn’t a universally shared view, I would hope that we could all agree that mentally retarded people shouldn’t be murdered in revenge for their crimes. If you do, I hope you’ll contact Virginia Gov. Tim Kaine (right now) and ask him to stop the execution.

Update: Prof. Ruckerman over at Pardon Power has a clear-eyed take on the politics of execution here in Virginia.

(And yes, comments are closed. First time ever, I believe. I don’t delete comments, and I’m not afraid of debate. But I am absolutely uninterested in dealing with the trolls that this topic will attract.)

Last week, some joker made a request for Berlin, even after explicitly acknowledging that I don’t do requests. My petty nature, naturally, made me want to pick this song, which I’m sure makes any real fan of Berlin just ache:

This, however, gave me my theme for this week. When people in the United States think of the Cold War, I suspect that their view of it was, in no small part, skewed and romanticized by that movie. They experienced the Cold War much like Saint Ronald Reagan experienced World War II – through the movies. They forget the enormous damage it actually did. The human cost involved. The fear. The deaths. How many times we came this fucking close to blowing up the planet. 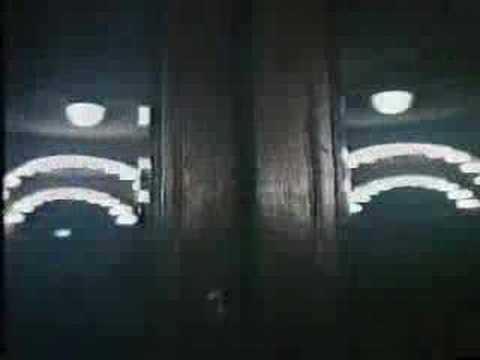 The Cold War had real human consequences across this planet – split nations in half, supported the most brutal of dictators, and left untold numbers dead – but never really touched the United States itself. For that, I am thankful. I just wish that folks here had a better appreciation of that, and how the US ought to be doing its goddamnedest to make sure nothing like that ever happens again. Remembering that it’s Memorial Day isn’t enough. The only pro cycling event held in DC proper, the City Bikes RFK Criterium has shifted from the dog days of August to a Memorial Day weekend event. From the official site:

I think the switch to this weekend is a good idea (it is *ridiculously* hot out on that parking lot in August), but that means I’ll be missing this after managing to make it for the last three years. Looking at the confirmed rider list, It also looks like the new date might be putting a bit of a dent in the women’s pro showing, which is a shame. At one point, I’m pretty sure that this race had the biggest prize purse in the US for a women’s pro crit. The women’s race here has, by far, been some of the most exciting racing I’ve seen, and I’m sure that it will be worth a trip if you’re around DC this weekend. More details here.

If I were in town tonight, I would have asked you go with me to the Bike Prom.  Really. This one’s been sitting in an unclosed browser tab all week, waiting to get posted:

What they were looking for, Carroll says, was an informant—someone to show up at “vegan potlucks” throughout the Twin Cities and rub shoulders with RNC protestors, schmoozing his way into their inner circles, then reporting back to the FBI’s Joint Terrorism Task Force, a partnership between multiple federal agencies and state and local law enforcement.

You know, I’m not entirely clear on how vegan correlates with terrorists, but I’m clear on who’s been terrorizing potlucks in Minnesota – those people that bring jello fruit salads (sorry, Grandma).

Tony Blair has probably been the greatest political disappointment of my life, but I’d still like to ask Israel to please not blow him out of the sky. He’s trying to help, you know.

I’m off into the mountains this weekend, the sort of place that Sprint just won’t go. So after this and a couple other posts, I’m done until Monday. In case you find yourself with any extra time to poke around, I want to recommend two blogs that I read regularly, and should link more often:

Oh, and just because, I leave you with what could be (but was not) a Eurovision entry.  Give her a minute to get going:

This is the second part of multi-part interview with Mark Ellmore, candidate in the GOP primary, where he’s facing Amit Singh (also interviewed at Blacknell.net). The winner of the June 10th primary will face long time incumbent Rep. Jim Moran (D) this fall.  Part I is here.  I apologize to my readers for the long delay in getting this done.   I think I’ve learned a lesson about committing to interview transcripts (instead of summaries).

MB (Mark Blacknell): So then taking that health care issue and turning it towards the General Election, and the public here in Arlington – what is the role of the Federal government in health care? That there is a problem is a point of universal agreement, I think, but how you solve it, well, that’s a different issue, no?

MB: So we have this huge issue where the market doesn’t appear to have solved the issue . . .

MB: We’ve got a semi-free market out there. A giant mess. So what’s the Federal government’s role in solving that?

ME: Well, I think we need to keep the Federal government’s role limited. I do not support Hillarycare or the plan Barack Obama would have. I do support the Republican version of the S-CHIP initiative. And people say “Oh, [Mark Ellmore] supports S-CHIP”

MB: S-CHIP didn’t work out so well for Republicans.

[more after the break]

END_OF_DOCUMENT_TOKEN_TO_BE_REPLACED

Falcon’s “Virgo” exercise is scheduled for late tonight 5/21/08 beginning at 2345 hours into tomorrow morning 5/22/08 ending at 0600 hours. This exercise comprises a series of training flights held in coordination with the Federal Aviation Administration, the National Capital Region Command Center, the Joint Air Defense Operations Center, Civil Air Patrol, and NORAD. Residents in the area can expect flights to occur throughout the night.

I’m not sure how any of us were supposed to know what “Falcon’s ‘Virgo’ exercise” referred to, but it’s apparently a regular test of the air defenses around DC (and other areas).

So, the kids over at RaisingKaine.com are very very upset that Gov. Tim Kaine has endorsed Gerry Connolly over their preferred candidate, Leslie Byrne for the race to replace retiring Rep. Tom Davis (11th CD). They’re so upset that they’ve snatched down the site masthead – that read “Raising Kaine”, for years – and have replaced it with a black bar. While I’ve always thought it wasn’t terribly wise to hitch the identity of a community site to an individual politician (tho’ perhaps representative of the site’s approach to politics), this is just really – and amusingly – childish. Great job, guys.