Taken, in ascending order, from my iTunes play counts, limited to tracks I picked up in 2010. Â This means things I picked up early in the year have weight over more recent tracks (the only late addition to really make it in comes from the Roots). Â And the whole thing is a bit tilted toward things I enjoy while running, it seems, and excludes lots of older music that was still in heavy rotation. Â But enough with that, here’s the music:

10. DJ Fox’s Club Can’t Use Somebody (An *excellent* running track.)

9. Metrics’ Combat Baby (2003 release, but just introduced to me this year) 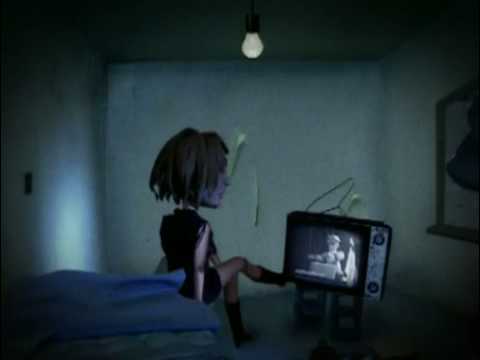 8. The Hood Internet’s Ignition (Which, despite my deep dislike for all things R. Kelly, is another favorite track for running.) 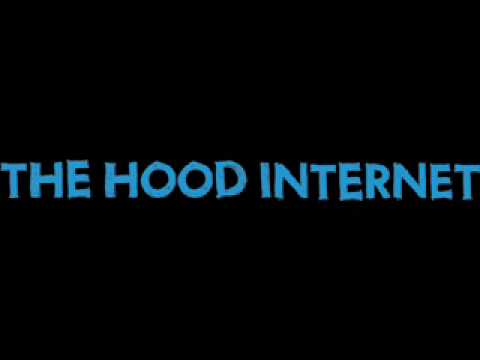 6. Dan Black’s Get into Cloudbusting (Perhaps my second favorite track of the year, subjectively) 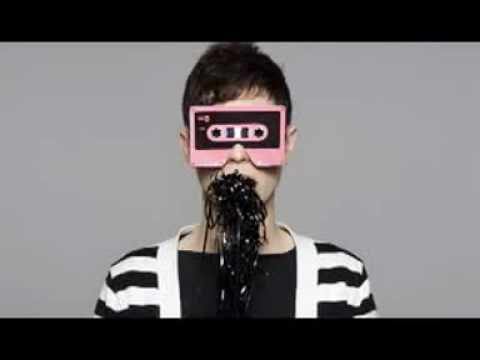 4. The Pixies’ Where Is My Mind (Bassnectar Remix) (You need real speakers for most music, but especially for this)

3. The Roots’ How I Got Over (If I can’t convince you to buy the album, at least get this track.)

2. Â DJs from Mars absolute masterpiece of a mashup – Love the Way You Lie in Paradise City (mixing – not just in audio – Eminem/Rihanna & Guns ‘n Roses) 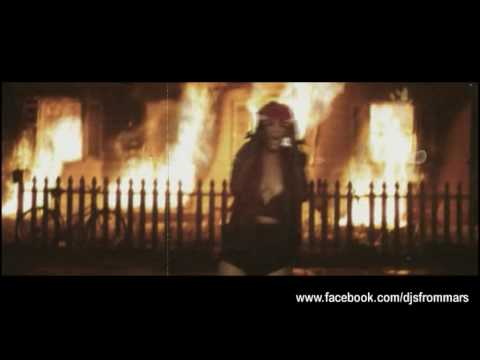 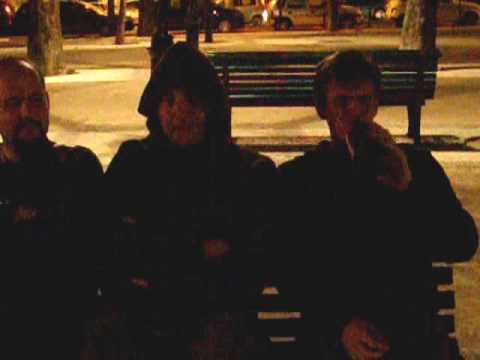 Map of Slavery in the United States

The NYT, via Flowing Data, brings this map to our attention:

Makes you wonder about all sorts of overlays, doesn’t it?

The NYT describes its provenance:

The 1860 Census was the last time the federal government took a count of the Southâ€™s vast slave population. Several months later, the United States Coast Surveyâ€”arguably the most important scientific agency in the nation at the timeâ€”issued two maps of slavery that drew on the Census data, the first of Virginia and the second of Southern states as a whole.

And, as always, the map tells you about more than geography:

The map reaffirmed the belief of many in the Union that secession was driven not by a notion of â€œstate rights,â€ but by the defense of a labor system. A table at the lower edge of the map measured each stateâ€™s slave population, and contemporaries would have immediately noticed that this corresponded closely to the order of secession. South Carolina, which led the rebellion, was one of two states which enslaved a majority of its population, a fact starkly represented on the map.

Conversely, the map illustrated the degree to which entire regionsâ€”like eastern Tennessee and western Virginiaâ€”were virtually devoid of slavery, and thus potential sources of resistance to secession.

Much credit to Susan Schulten, the author of the NYT piece. Â She’s a history professor at the University of Denver and the author of â€œThe Geographical Imagination in America, 1880-1950.â€

I’ll give them credit for being ambitious. CheckÂ out richmond2015.com for more details.

An Act of Genuine Bipartisanship

TechDirt notes that the House is willing to bring back the Judiciary Committee’s IP Subcommittee – which was closed two years ago – Â now that a Hollywood-friendly Representative will be chairing it:

[N]ow that the Republicans have retaken control over the House, and after [Virginia Rep.] Rick Boucher lost his re-election campaign, suddenly, magically, the Judiciary Committee has decided to bring the IP subcommittee back to life.

Why? Â Well, Rick Boucher has been one of the very few voices in Congress representing the public’s interest in reforming our ridiculous copyright laws, and most of Congress couldn’t be bothered to do anything besides nod in agreement while taking checks from the MPAA and RIAA. Â They simply didn’t want to jeopardize such an easy flow of money:

The timing of all this makes the reasoning pretty clear. The IP subcommittee was around for ages, when it was under the control of those who represented the industry. When a reformer is finally in position to be put in charge, the subcommittee is killed and its duties are handed over to the larger committee (controlled by someone who represents the industry). Then, as soon as the reformer is out, the subcommittee comes back? Congress at it’s most shameful: a pretty clear indication that Congressional decisions on intellectual property are driven by the industry. This is how regulatory capture works.

Neither the Republican nor Democratic Party can be trusted to represent the public on IP matters. But coming together in service of Hollywood and the BigPharma? That’s bipartisanship they can believe in.

So, I’ve been aggressively defensive in my indulgence of pop music here. Â And it’s almost entirely genuine – appreciation by the masses can’t ruin good music. Â So, with that introduction, I’m going to risk a set of covers based on . . .

END_OF_DOCUMENT_TOKEN_TO_BE_REPLACED

The Socialist Plot to Make You Eat Your Veggies

The vegetables are coming, my friends. Green, gassy, fibrous vegetables. They aren’t buttered. Or salted. And this time, they mean business.

Last week,Â flush with his victory in a lawsuit challenging the president’s health care initiative,Â Virginia Attorney General Ken Cuccinelli announced gravely that “if we cross this line with health care nowâ€”this unconstitutional lineâ€”where the government can force us to buy a private product and say it’s for our own good, then we’ll have given the government the power to force us to buy other products: cars, gym memberships, asparagus. The list goes on.” Broccoli? Belgian endive? The list indeed goes on.

Using the same logic, columnistÂ George Will conjured the dread specter of the state brandishing broccoli when he wrote at the start of this month that if congressional power to regulate interstate commerce “is infinitely elastic, Congress can do anythingâ€”eat your broccoli, or elseâ€”and America no longer has a limited government.” Don’t think there’s anything that sinister about broccoli, friends?Â Think again. That broccoli is just a front for theÂ New World Order.

Think about it. If the asparagus and broccoli are really coming to knock down our doors and kidnap our children, can helicopters loaded with cauliflower really be that far behind? And what of the eggplant in night-vision goggles? If we’re soon to be governed by a totalitarian taxonomy of toxic greens, whoâ€”one wondersâ€”will sound the warning against the tyrannical field peas?

I, for one, welcome our fresh green overlords.

DADT repealed. Â Closure of a dark chapter in American history. Â Thank you to everyone that helped, but particular thanks to those serving who put their careers on the line – and sometimes lost them – to make this happen. 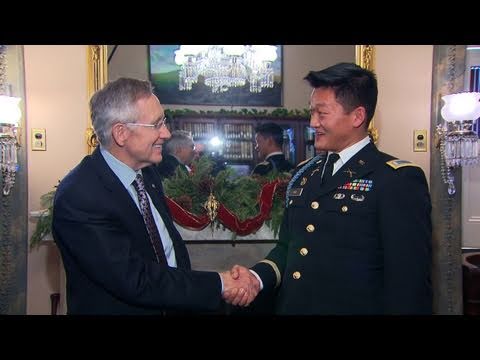 It’s been incredibly windy and bone-chillingly cold in DC for the past week. Â The warm and rainy place I’d rather be, at the moment:

Ten years ago, I was sitting in the Worldport Terminal at JFK, on my way home. Â I’d just picked up some Burger King french fries, waiting for a connecting flight back to DCA, while I watched the news. Â And it was there that I heard the result of Bush v. Gore. Â I can still tell you exactly where I was sitting. Â And then I saw the opinion read out on the television. Â And I was shocked.

The five justices in the majority helped complete my legal education in a way that I – at the time – truly didn’t think was possible.

The idealism of youth, I suppose. Â Or something like that.

I have very little interest in talking about Bush v. Gore. Â There’s nothing to say about it, from a legal standpoint. Â Sure, it’s a little useful as a basic honesty test, but those that defend it almost always reveal themselves as charlatans well before you ever get to the case itself. Â But I do hope that it’s taken as a lesson by new generations.

So long as the Republican party that produced the 5-4 result exists, it’s important that everyone involved in politics understands what happened.

I’m polishing and queuing up the rest of the Taiwan Cycling Festival pieces this weekend, but I thought I’d go ahead and publish this great (tho’ impromptu) video of BikeHugger‘s Mark V descending through Taiwan’s Taroko Gorge. Â  I shot this from the back of our bus, which we were taking to the Giant store to pick up our bikes. Â Mark already had his bike, and took the opportunity to do a bit of motorpacing. Our hotel – the Taroko Leader Village – was situated mid-valley, so it was all downhill:

I’d suggest not trying this at home, but unless you’re lucky enough to live in Taroko Gorge, you couldn’t even if you wanted to. Â Check in on Monday for more Taiwan cycleliciousness (to steal an adjective).