Stopped being interested in Usher a long (long) time ago, but his OMG isn’t a bad pop tune for the dance floor: 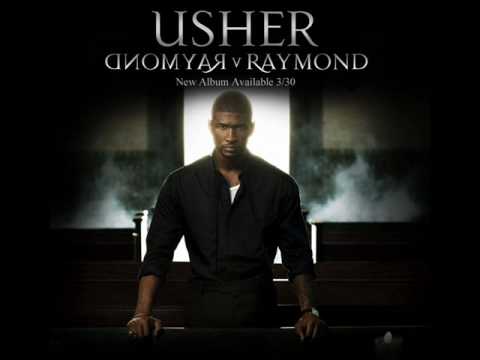 Ida Maria’s Oh My God? Â More on my plane: 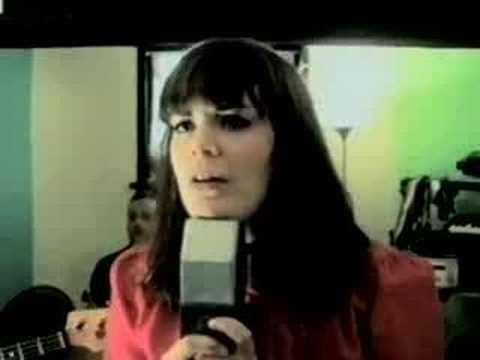 You *Can* Take Pictures Here

The Washington Post covers the ongoing inability of police to understand or acknowledge that people can almost always take pictures whenever they want:

A few weeks ago, on his way to work, Matt Urick stopped to snap a few pictures of the U.S. Department of Housing and Urban Development’s headquarters. He thought the building was ugly but might make for an interesting photo. The uniformed officer who ran up to him didn’t agree. He told Urick he was not allowed to photograph federal buildings.

I’ve gotten this before, and my general reaction is to aggressively assert my rights. Â The photography involved has never been particularly important or informative, but that’s up to me to decide, not a police officer who doesn’t understand the law. Â Lots of people don’t react they way I do, of course, and for understandable reasons:

Urick wanted to tell the guard that there are pictures of the building on HUD’s Web site, that every angle of the building is visible in street views on Google Maps and that he was merely an amateur photographer, not a threat. But Urick kept all this to himself.

“A lot of these guys have guns and are enforcing laws they obviously don’t understand, and they are not to be reasoned with,” he said. After detaining Urick for a few minutes and conferring with a colleague on a radio, the officer let him go.

This continuingÂ harassmentÂ by law enforcement officials is getting a lot of coverage. I hope it will sink in at some point. Â Until then, I suggest a quick review of your rights in the US. Â In the UK, check this out.

Killing In Your Name

Read. Â And then act. Â Call your Congressman, talk to your neighbors, and continue to tell your niece not to sign up to die for lies. 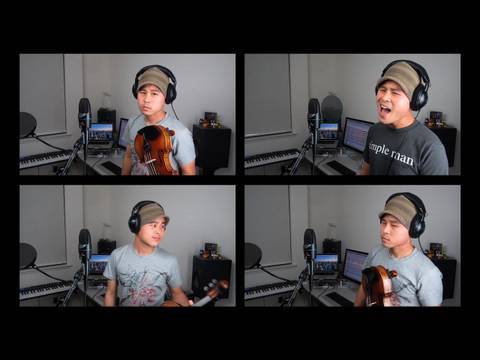 Transparency Is a Bipartisan Issue

It’s not just the Bush Administration that doesn’t understand what the Freedom of Information Act is about:

Now theÂ Associated Press discloses that the Department of Homeland Securityâ€™s techniques for thwarting the presidentâ€™s FOIA directive have taken a still creepier turn. Political hacks review each request, starting with a probe into the person who sent it:

For at least a year, the Homeland Security Department detoured requests for federal records to senior political advisers for highly unusual scrutiny, probing for information about the requesters and delaying disclosures deemed too politically sensitive, according to nearly 1,000 pages of internal e-mails obtained by The Associated Press. The department abandoned the practice after AP investigated. Inspectors from the departmentâ€™s Office of Inspector General quietly conducted interviews last week to determine whether political advisers acted improperly.

The closing of the government to its citizens is something that should be pushed back against relentlessly, regardless of whether you like the crew in charge. John Byrne at Rawstory demonstrates:

One year later, Obama’s requests for transparency have apparently gone unheeded. In fact a provision in the Freedom of Information Act law that allows the government to hide records that detail its internal decision-making has been invoked by Obama agencies more often in the past year than during the final year of President George W. Bush.

Yes, there will always be legitimate reasons to keep some information secret. Â But the vast majority of these failures to disclose, I suspect, serve no legitimate public purpose.

Save Yourselves, White People!

Rachel Maddow goes to town, demonstrating the very clear, very straight line between the segregationist politics of past and present:

Visit msnbc.com for breaking news, world news, and news about the economy

I’ve never really been one for hero worship of any kind, and especially not sports hero worship. Â But man, if there is anyone who deserves it, it’s Jens! Voight:

Follow the link above for a great collection of stories, quotes, and videos that make Jens! awesome.

Mark Williams, just one of the many halfwit and racist ringmasters of the Tea Party circus, recently penned the following “parody” letter from Ben Jealous (head of the NAACP) to Abraham Lincoln:

We Coloreds have taken a vote and decided that we don’t cotton to that whole emancipation thing. Freedom means having to work for real, think for ourselves, and take consequences along with the rewards. That is just far too much to ask of us Colored People and we demand that it stop!

In fact we held a big meeting and took a vote inÂ Kansas CityÂ this week. We voted to condemn a political revival of that old abolitionist spirit called the ‘tea party movement’.

The tea party position to “end the bailouts” for example is just silly. Bailouts are just big money welfare and isn’t that what we want all Coloreds to strive for? What kind of racist would want to end big money welfare? What they need to do is start handing the bail outs directly to us coloreds! Of course, the National Association for the Advancement of Colored People is the only responsible party that should be granted the right to disperse the funds.

And the ridiculous idea of “reduce[ing] the size and intrusiveness of government.” What kind ofmassaÂ would ever not want to control my life? As Coloreds we must have somebody care for us otherwise we would be on our own, have to think for ourselves and make decisions!

The racist tea parties also demand that the government “stop the out of control spending.” Again, they directly target coloreds. That means we Coloreds would have to compete for jobs like everybody else and that is just not right.

Perhaps the most racist point of all in the tea parties is their demand that government “stop raising our taxes.” That is outrageous! How will we coloreds ever get a wide screen TV in every room if non-coloreds get to keep what they earn? Totally racist! The tea party expects coloreds to be productive members of society?

Mr. Lincoln, you were the greatest racist ever. We had a great gig. Three squares, room and board, all our decisions made by theÂ massaÂ in the house. Please repeal the 13th and 14th Amendments and let us get back to where we belong.

Now, if you click the “penned” link above, you won’t find it. Â Mark Williams has taken it down, claiming that “I have removed the parody letter you came here to read and urge you to fight those who seek to divide us by race, no matter the color of the racist.” Â Right. Â And for creating and spreading this incredibly racist and ignorant screed, he was roundly condemned, right? Â Well, CNN rewarded him with yet another television appearance. Â Justin Elliot asks:

The obvious larger issue here is why CNNÂ keeps inviting Williams, who has called Allah a “monkey God”Â andÂ said he believes President Obama is Muslim (that last one was on CNN) — and basicallyÂ admitted that he says wacky, racist things so he “goes viral”Â  — back on and treating him as a reasonable pundit.

This is the level of American social and political discourse these days. Â Why would anyone treat this man as a reasonable part of our ongoing public conversation? Â Fairness? Â Usually these claims of “fairness” are an irresponsible and mindless excuse that our media uses for giving a platform to incendiary and viewer-drawing idiocy. Â But, as Ta-Nehisi Coates says, it can be genuine:

I have, in my writing, a tendency to become theoretically cute, and overly enamored with my own fair-mindedness. Such vanity has lately been manifested in the form of phrases like “it’s worth saying”Â  and “it strikes me that…” or “respectfully…”

When engaging your adversaries, that approach has its place.

Not here. Â And not with people like Mark Williams. Â Ta-Nehisi goes on:

But it’s worth saying that there are other approaches and other places. Among them–respectfully administering the occasional reminder as to the precise nature of the motherfuckers you are dealing with. It strikes me that this is a most appropriate role for the nation’s oldest civil rights organization.

The NAACP was right.

Just a reminder that the Bicycle Film Festival is taking place in DC tonight and tomorrow. Â I’ll be checking out Bicycle Dreams, a film about the Race Across America and the suffering it requires. Â  That’s at 3pm tomorrow.

All films are being shown at the Gala Theatre, and tickets can be bought at the link above (or, I believe, at the door). Â A $35 festival pass is also available.

A Matter of Basic Equality

Argentina legalized same-sex marriage Thursday, becoming the first country in Latin America to grant gays and lesbians all the legal rights, responsibilities and protections that marriage brings to heterosexual couples.

Argentinian politicians actedÂ in the face of “polls showing that nearlyÂ 70 percent of Argentines support giving gay people the same marital rights as heterosexuals.” Â That’s what is most striking here:Â  this is not happening in some smallÂ Northern European country renown for its ahead-of-the-curve social progressivismÂ (though gay marriage or civil unions areÂ now the norm in Western Europe).Â  Â Just as is true for Brazil, which I’veÂ written about beforewith regard to my personal situation, Argentina is a country with a fairly recent history of dictatorships, an overwhelmingly Catholic populationÂ (at least in name), and pervasive social conservatism, withÂ extreme restrictions on abortion rights similar to those found onÂ much of the continent.Â Â The Catholic Church in Argentina vehemently opposed the enactment of this law.Â  But no matter.Â  Ending discrimination against same-sex couples is understood as a matter of basic equality, not social progressivism, and it thus commands widespread support.

Take this in contrast with the campaign of bigotry undertaken by US conservatives. Â  Just one of manyÂ examples:

Two Republican congressmen areÂ urging other countries — including, potentially, some where homosexuality is a crime punishable by death — to vote against an American-led effort in the U.N. to recognize a respected international gay rights group.

Among the countries voting against the application: Egypt, Angola, Burundi, China, Pakistan, Qatar, Russia and Sudan. In all those countries but Russia and China, LGBT people can be jailed, fined, whipped or killed if they are caught by authorities.

That’s some fine company, no? Â While other countries are moving forward in recognizing the basic equality of every citizen, our conservatives are busy trying to stop LGBT-oriented groups from even having a voice. Â And, as Greenwald quite rightly goes on to note, American Democrats aren’t exactly taking up the fight:

Despite the election of a President whoÂ campaigned on a pledge to overturn [the Defense of Marriage Act], and overwhelming Democratic control of Congress, repeal of that law isn’t even on the table.Â  The absolute most that is possible is a repeal of the unfathomably regressive ban on gays in the military, and theÂ Obama-ordered granting of more spousal employment benefits to gay federal employees.Â  Virtually no national politician in the U.S. is even willing to advocate same-sex marriage, and those who advocate granting equal rights as part of “civil unions”Â refuse to take any real steps to bring that about.Â  Amazingly, it wasÂ only this year that the U.S. ended the repellent ban on HIV+ individuals from even entering the country,Â one of only 12 countries (a list largely comprised of some of the worst human rights abusers)Â to have continued it that long.

Argentina’s actions make me glad for Argentina, and the slow – but certain – direction that the world is moving in. Â But it also reminds me that the US has such a long way to go.