Remember the coverage about Dubai’s threatening to shut down Blackberry service unless it could gain access to user communications? Â And how the US would never do that? Â Well:

Essentially, officials want Congress to require all services that enable communications â€” including encrypted e-mail transmitters like BlackBerry, social networking Web sites likeÂ Facebook and software that allows direct â€œpeer to peerâ€ messaging likeÂ Skype â€” to be technically capable of complying if served with a wiretap order. The mandate would include being able to intercept and unscramble encrypted messages.

[O]fficials are coalescing around several of the proposalâ€™s likely requirements:

– Communications services that encrypt messages must have a way to unscramble them.

– Foreign-based providers that do business inside the United States must install a domestic office capable of performing intercepts.

– Developers of software that enables peer-to-peer communication must redesign their service to allow interception.

What could possibly go wrong, eh?

Steven M. Bellovin, aÂ Columbia University computer science professor, pointed to anepisode in Greece: In 2005, it was discovered that hackers had taken advantage of a legally mandated wiretap function to spy on top officialsâ€™ phones, including the prime ministerâ€™s.

â€œI think itâ€™s a disaster waiting to happen,â€ he said. â€œIf they start building in all these back doors, they will be exploited.â€

And yet this will happen. Â With little to no notice or objection from the public.

This weekend’s houseguest is as into musical back-and-forth as I am, and these are some of the day’s tracks: 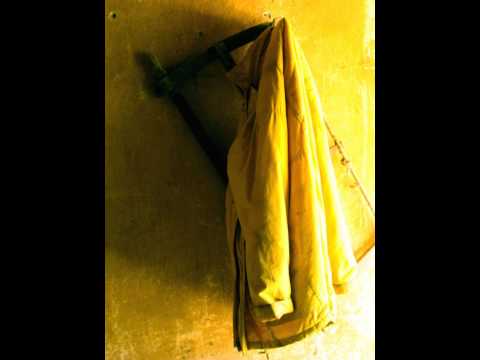 Something tells me that Anna Lesko’s Swedishness isn’t the reason this made it into the conversation: 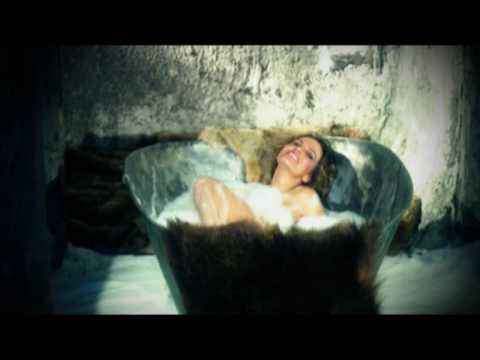 But this is quite Swedish, it turns out (Teddybears Stockholm’s Hey Boy):

In the spirit of this map, I present you this. Â Brilliant.

Photos: A Morning Ride with Capital Bikeshare in DC

As you might have heard, Capital Bikeshare launched today. Â As part of the launch, staff and volunteers rode the bikes from the Navy Yard/Department of Transportation to stations around the city. Â It wasn’t all of the bikes (it’ll take another week or so to get all the stations in place, I understand), but it was quite a few: I was tapped to lead a group to the station at the corner of 21st and I St (NW). It turned out to be a very DC ride with a very DC group of people (policy analyst, political staffer, university staffer and lawyer (me) made up my group). Â We start by heading up New Jersey Ave SE (that is not my thumb. Â Because I would never do that. Â Obviously.): New Jersey Ave is closed to most vehicular traffic near the Capitol, but bit of bollard threading brought us out to Independence, where we made a left: And from there, we wrapped around the front of the Capitol on First St., and then down Pennsylvania, where we hoped to take advantage of the new bike lanes. Â Except: Ah, another MPD officer who confuses bike lanes for parking spots. Â Always one or two around. Except, wait, why so many? Â And what’s up with that really angry one who decided that the best way to communicate with citizens is to adopt an overly aggressive and hostile tone while forcing us onto the sidewalk? Â Oh, this is why: Obamacade! Â With that out of the way, we retake the street (because the MPD’s just gonna hang out in the lanes a little longer, thankyouverymuch): We make a right on 15th to get up to I St., except . . . street closed again. Â Back onto the sidewalk (walking, of course, because you can’t bike on the sidewalk in the Central Business District in DC). Â Why closed? Â Oh, sit in: These folks were probably about 15 minutes away from getting arrested, I’m thinking. Next, from 15th we turn and head westward on I St. Â Hey, look, another unfair labor practices picket line (it was noted that the people in this line are probably not the usuals that get hired to do it): And we arrive and dock the bikes at 21st and I, just at the edge of the George Washington University campus. Â Success! It was a great ride, and I got to start my week with my friends Tim & Chris fromÂ BikeArlington, Chantal/Greg & the rest of the staff fromÂ WABA, Chris fromÂ Cycleboredom, Joel ofÂ Gwadzilla, Angela/Jakob ofÂ Revolution Cycles, Jay/Walter/Chris ofÂ Arlington County, Fionualla ofÂ FABB, and a bunch of other bike (and otherwise) friendly faces I’m sure I’m forgetting right now. Â All in all, an excellent way to kick off the week.

And Capital Bikeshare? Â It’s going to work. Â More info here (and if you’ve already got a bike, here’s a great case for you signing up, too.).

How did another week pass so quickly?

Phoenix’s If I Ever Feel Better: 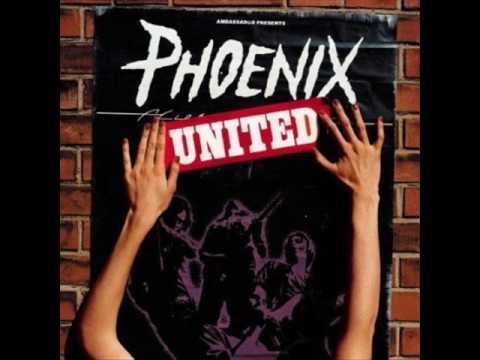 The Magnetic Fields’ Smoke and Mirrors: 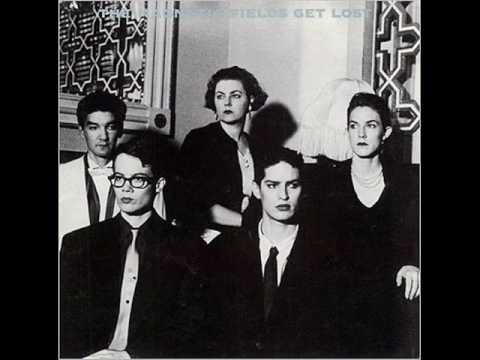 This Is My Country, And It’s None Of Your Business

Just this week I was telling a friend about my lack of tolerance for being interrogated when I re-enter the United States (compare to my polite and honest answers when I’m entering other countries). Â Congrats to this guy for not being cowed by a pointless exercise of power. Â  I particularly like his “takeaways”, including:

4. U.S. Citizens Have No Obligation To Answer Questions. Ultimately, the cops let me go, because there was nothing they could do. A returning U.S. citizen has an obligation to provide proof of citizenship, and the officer has legitimate reasons to investigate if she suspects the veracity of the citizenship claim. A U.S. citizen returning with goods also has an obligation to complete a written customs declaration. But thatâ€™s it. You donâ€™t have to answer questions about where you went, why you went, who you saw, etc.

(The Wrong Kind of) Continuity of Government

When we talk about the impressive ability of the United States to transfer political power every four/eight years, we call it impressive because we presume it involves introducing some change that the exiting party opposes. Â And the entire point of elections is to provide an opportunity to introduce that change. Â So, in that context, I ask – how in the hell did we end up here?

On issues ranging from the government’s detention authority to a program to kill al Qaeda terrorist suspects, even if they are American citizens, Mr. Obama has consolidated much of the power President George W. Bush asserted after Sept. 11 in the waging of the U.S. war against terror.

Overall, [former CIA Director and Bush appointee] Mr. Hayden said, there is more continuity than divergence between the Bush and Obama administrations’ approaches to the war on terror.

“You’ve got state secrets, targeted killings, indefinite detention, renditions, the opposition to extending the right of habeas corpus to prisoners at Bagram [in Afghanistan],” Mr. Hayden said, listing the continuities. “And although it is slightly different, Obama has been as aggressive as President Bush in defending prerogatives about who he has to inform in Congress for executive covert action.”

I never thought that Obama (or any president) would willingly give up the expanded state surveillance powers, but I have to admit to being surprised that he’s put so much effort into protecting torturers:

InÂ a 6-5 ruling issued this afternoon, the 9th Circuit Court of Appeals handed theÂ Obama administration a major victory in its efforts to shield Bush crimes from judicial review, when the court upheld the Obama DOJ’s argument that Bush’s rendition program, used to send victims to be tortured, are “state secrets” and its legality thus cannot be adjudicated by courts.

The distorted, radical use of the state secret privilege — as a broad-based immunity weapon for compelling the dismissal of entire cases alleging Executive lawbreaking, rather than a narrow discovery tool for suppressing the use of specific classified documents — is exactly what theÂ Bush administration did to such extreme controversy.

This is exactly what Candidate Obama decried. Â And now President Obama has completely embraced it. Â This isn’t some small matter of little interest to those outside of the legal or political worlds. Â  TheÂ ACLU’s Ben Wizner, who argued the case, said:

This is a sad day not only for the torture victims whose attempt to seek justice has been extinguished, but for all Americans who care about the rule of law and our nation’s reputation in the world. To date, not a single victim of the Bush administration’s torture program has had his day in court. If today’s decision is allowed to stand,Â the United States will have closed its courtroom doors to torture victims while providing complete immunity to their torturers.

I’d like some of that Change We Can Believe In, please.

(Be sure to click through to the Washington Times (yes, Washington Times) story at the first link, if for no other reason than to behold the amazing agreement of parties from across the full political spectrum on the continuity between Bush and Obama).

Over at TPM,Â Josh Marshall has an excellent post on Taking Responsibility:

Speaking just now on MSNBC James Zogby made a very good point — and pressed Andrea Mitchell on it. His point was thatÂ sure, this Pastor Jones fool is one guy, who’s managed to get worldwide attention for his stunt. But you cannot separate him, as IÂ noted below, from the whole climate of hate speech and anti-Muslim agitation from the Newt Gingriches and the Sarah Palins and the rest of them.

At that point, Mitchell jumped in and said, wait, Palin said she disagrees with the Koran burning. To which Zogby replied, something to the effect of ‘C’mon’. ANd that’s just the right reply. This is the standard approach of race haters and demagogues. They keep stirring the pot, churning out demonizing rhetoric and hate speech. Then some marginal figure does something nuts and suddenly … oh, wait, I didn’t meanÂ burn Korans. Where’d you get that idea from?

I had something else all queued up, but about :30 into hearing this, I knew I had to post it ASAP:

And if, for some reason (say, you’re 12, or you’ve just emerged from 40 years in the wilds of Utah) you don’t know the Queen/Bowie original: 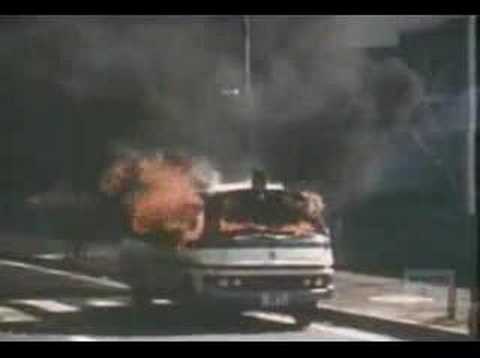