Ooh, this couldÂ  be messy: 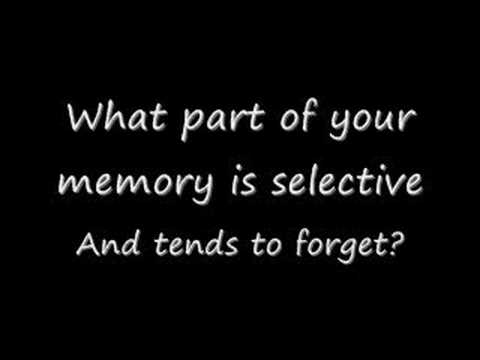 You Call That a Battle Rap?

Oh, I’m looking forward to more of this from Michael Steele:

In response to a question from Human Events about how then-Sen. Barack Obama campaigned against him and called him an â€œamiable fellowâ€ without much of a resume, Steele pondered what heâ€™d say to the president.

â€œIâ€™d say congratulations, and I look forward to sparring with him. And then Iâ€™d say: How you like me now?â€ 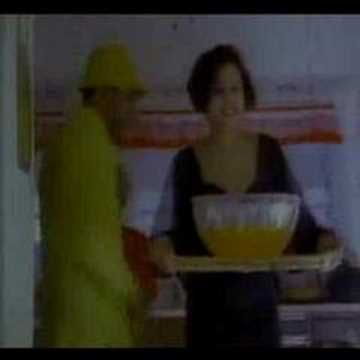 Weekend Music: Looking Back in Anticipation

I watched the J. Geils Band do a sound check for Centerfold in Waikiki, 1982.Â  I was a kid, transfixed:

Real Life – Send Me An Angel (as seen in RAD)

(That last one may have been a repeat.Â  And that is entirely okay.)

I was really pulling for Katon “Can you believe they integrated my school?” Dawson, myself, but I’m sure that Steele will provide no shortage of amusement.Â  Will he serve Oreo cookies at his welcome party, for real this time?

Mark Your Calendar for the VASA Ride: March 1st

Washcycle wrote the post answering the question I was thinking about at the same time – when will this year’s VASA Ride take place?Â  March 1st is the answer, it seems.Â Â  They had 200 riders in 2007, and around 300 in 2008.Â  Would love to see that increase substantially this year.

Oh, right – what’s the VASA Ride?Â  It’s a mass ride (of varying lengths) sponsored by the Embassy of Sweden to celebrate the Vasaloppet, a Swedish ski race.Â  DC, thank god, isn’t cold enough to have a companion ski race, so we do it on bikes.Â  Last year we rode from the Embassy up MacArthur Boulevard to Cabin John and back.Â  It’s not a race – just a fun group ride.Â  The best part?Â  The free hot blueberry soup served by the Embassy at the end.Â  If you’re in the DC area, I hope you’ll check it out.Â Â  (In fact, if you’re on the fence about it, drop me an email and let me dragoon convince you to ride with me and the group I’m forcing assembling.)

Surprise, surprise, people are still dumping money into Obama’s coffers.Â  It appears that the inaugural committee raised about $8 million more than it had budgeted.Â  Aim your dollars at more important things, folks.

Iceland on the fast track to the EU?Â  Probably a good idea overall, but its a pretty sad circumstance that brought us to that:

The conservative government in Reykjavik, in power for 18 years, collapsed this week, the first government to fall as a result of the financial meltdown which has wrecked the Icelandic currency, the krona, wiped out savings and pensions, required a massive IMF bailout, sparked unprecedented riots in Reykjavik, and forced the formation of a caretaker centre-left government until new elections can be held, probably on 9 May.

Gov. Rod Blagojevich is gone, but let’s not forget that he wasn’t the only one behaving badly.Â  As I’ve written, the Senate refusal to seat Roland Burris was a bad idea – you don’t get to refuse someone just because you don’t like them.Â  And that bad judgment seems to have extended to the House, where Adam Bonin found – buried in the stimulus bill – the following:

SEC. 1112. ADDITIONAL ASSURANCE OF APPROPRIATE USE OF FUNDS.

Yes, that says what you think it says.Â  Adam explains:

Got that, Illinois Senate? Â If you want the money, remove Blagojevich from power or otherwise pass a bill making clear that you trust him with the money. Â This provision was inserted by Reps. Bill Foster (D-IL) and Mark Kirk (R-IL), and could cost the state $50 billion in federal aid.

Beyond the general yuck factor, does anyone else remember the Bill of Attainder clause in the Constitution? Â It basically says that Congress can’t pass a law punishing an individual without judicial trial; that’s the courts’ job. Â Similar concerns rest here: it’s not for Congress to decide who’s fit to be Governor of Illinois; that’s something to be handled in Springfield.

A circus, it seems, and everyone wants in on the action.

Rep. Peter King of the GOP – party of limited government, remember – wants to save you from camera phones.

[A] CNN investigation has uncovered evidence that for hundreds of Rohingya refugees — members of a Muslim minority group — abuse and abandonment at sea were what awaited them in Thailand, at the hands of Thai authorities.

Extraordinary photos obtained by CNN from someone directly involved in the Thai operation show refugees on their rickety boats being towed out to sea, cut loose and abandoned.

One photo shows the Thai army towing a boatload of some 190 refugees far out to sea.

And who will speak for these refugees?Â  No one, I’m guessing.

Once a Nazi, always a Nazi. 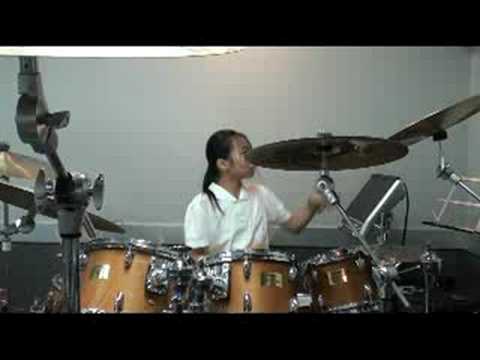 I’d very much like to be shown up as too cynical:

A source present at today’s White House signing ceremony for the Lilly Ledbetter bill tells me that President Obama gave assurances that the family planning aid would be done soon — perhaps as soon as next week, when the House is set to take up a spending bill that would keep the government funded until October.

Obama emphasized that the family-planning aid “makes the budget look better, it’s a money saver,” the source said. In fact, removing the need for Medicaid waivers for family planning saves states an estimated $700 million over 10 years.

Ten years to the day, my live blog of the 1999 State of the Union speech by President Clinton, here.Â  Putting aside some truly cringe-worthy language, it’s an interesting read for me.Â  I’d say that some of politics have changed somewhat since then – I’m more skeptical about “free trade”, I’m less skeptical about Social Security.Â  My values have remained pretty much the same, though there’s some development there, too (I now care deeply about universal healthcare). Â  Looking at the issue list, though, it’s surprising how little has changed, even when so much has.

(As the “archive” column on the right indicates, I’ve been at this for a while.Â  When I started off, it was about 75% (too) personal, and the remainder was about the sort of stuff you’d imagine interested a law student in DC in the late 90s ( Clinton’s impeachment, the death of Jordan’s King Hussein, etc.).Â  Around 2002/3, IÂ  joined up with a couple of other people on a site that focused entirely on policy and politics.Â  That lasted for a bit, and then I turned back to writing mostly on my own.Â Â  My long term ambition is to restore most of the writing from those years to this site, filtering for the personal.Â Â  You know, right after I get my files organized.)

Reminder for Geithner: You Work for the *Public Interest*

TPM pointed me to this excellent short piece from Barry Ritholtz, wherein he notes that new Treasury Secretary Tim Geithner doesn’t seem to understand that he’s no longer working for private interests:

Consider this statement from Geithner, who said that TreasuryÂ  is considering a â€œrange of optionsâ€ for its financial rescue plan, with the goal of preserving the private banking system.Â  â€œWe have a financial system that is run by private shareholders, managed by private institutions, and weâ€™d like to do our best to preserve that system.â€

No! Defending these idiots was your old gig. In the new job, you no longer work for the cretins responsible for bringing down the global economy. Please stop rationalizing their behavior, and preserving the status quo!

I’ve got a longer post on financial issues percolating, but I think that Josh Marshall might have cut to the quick of my questions earlier today, when he wrote:

The core problem is that many, perhaps most of our major financial institutions are insolvent. They have more liabilities than assets. A functioning financial system requires solvent banks. And only the government has the resources to manage the massive recapitalization to get the key institutions back on their feet. At that level of generality, the issue assumes a degree of clarity.

All the different fix permutations are just different ways of accounting for the transfer of cash. You can take the banks over and assume their debts. Or just give them tons of money to make them whole. Or you can buy their bad investments at the price the banks wish they were worth and thus get the banks out of under the consequences of the financial collapse they helped create.

It’s not clear to me why the dollar amounts spent would really be different in the various permutations. It’s all a question of who owns what when it’s all said and done and who runs the institutions.

The who ought to own it part is pretty clear for me, though I have to admit to being stumped about who ought to run them.Â  Even if you make the very big assumption of competence on the part of the current crop of folks in there, there is such an extreme amount of demonstrated bad faith that I wouldn’t hire them to run a 7-Eleven.Â Â  However, I suspect if the right tone were clearly set at the top – that we’re done fucking around, and that it’s time to grow up and realize there’s a world outside of your own, to which you have some responsibility – we could find some talent in the financial ranks.Â  But that tone setting?Â  Well, that gets us back to the failure pointed out in the beginning of this post.

A little while back, Boston.com launched a regular feature called The Big Picture.Â  And it’s exactly that – a series of high res photos presented in a way that occupies most of your screen.Â  The editors, thus far, have done a fantastic job of selecting work that is well suited to this sort of presentation.Â  The latest – London at Night – hits on some of my favorite photographic themes (aerials of cities, urban night shots, and London).Â Â  Take a look through the archives (drop down menu, upper right), and I bet you’ll find yourself looking around longer than you’d planned.