Who do you think has to suffer more for their work?Â  The Log Cabin Republicans trying to make a case for John McCain as a friend or the National Black Republican Association attacking Obama’s racist party? 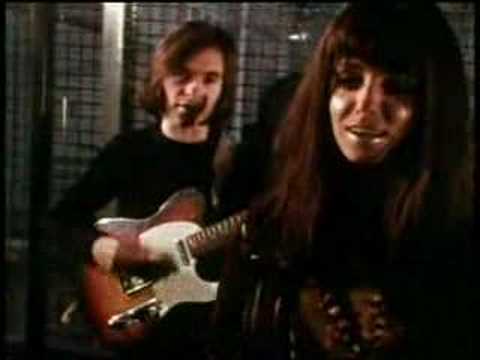 Missed this last Friday, so you get double the helping of trivial matters:

First up – I’m big in China!Â  Yes, if you use the Chinese Google to search for “false statement“, I’m right there on the first page of results.Â Â  Ahead of Bush, Cheney, and the “Criminal Tax Manual”, no less. I couldn’t have done it without Mark Ellmore.

(Update: Sigh. Being big in China is such a fleeting thing.Â  Already, I’m on the second page.Â  Maybe I’ll have to settle for being big in Belgium.)

If you haven’t been reading Pro Publica, you should be.Â  Start with this story about the half a billion dollars the US has spent on a failed propaganda station.Â  Looks like the US worked very hard to ensure that no one in the Middle East ever takes anything that comes from the US government seriously.

Atrios noted what I thought was a pretty sobering reality check, yesterday – GM’s market cap is (take your pick): the same as H&R Block’s, half that of Avon’s, and one fifth of Ebay’s.Â  I know things have been rough for them for a while now, but . . . wow.

Speaking of Google – Nicholas Carr asks whether it’s “making us stupid?” It’s a long article, but well worth your time if you’ve ever wondered about the real effects on your thinking of having Google at your finger tips for years.

You know how the rightwingers are always going on about the coming Islamic invasion and subjugation of America?Â  Well, in case you missed it, one of their cultural heroes – the mercenary company Blackwater – is trying to avoid responsiblity for the deaths of three American passengers on one of its charter flights by arguing that Shari’a (Islamic law) should apply, since the crash occurred in Afghanistan.

Neal Stephenson’s new book is coming out on September 9th.Â  I cannot possibly finish the Baroque Cycle by then.

The FCC wants to auction off a slice of the airwaves so you can get free wireless Internet!*

*And by Internet, they mean access to pre-approved content, excluding anything that isn’t “family-friendly”, in order to “protect children and families.”

Creigh Deeds’ Mailing Lists – Where Are They Coming From?

I received an email today from the Deeds campaign (the Mary Margaret Whipple endorsement).Â  Actually, I received two.Â  Getting multiple copies of the same message from politicians is nothing new for me, but since I’ve never signed up for any Deeds info (or contributed to him), I was curious to see what address they’d used.Â  Well, it seems they’ve gotten ahold of a unique email address I’ve only used once in my life – on a contribution to the Commonwealth Coalition (a now – as best I can tell – defunct organization that tried to fight the anti-gay marriage amendment in Virginia two years ago).

Now, as a matter of principle and email management, every time I ever give an email address to anyone, I opt-out of any sharing.Â  So I’m sure I did that with the Commonwealth Coalition.Â  Further, the Commonwealth Coalition – by the nature of its advocacy issues – would surely have had some appreciation of the confidential nature of its contributor lists.Â Â  And yet here we are, with Creigh Deeds magically ending up with that email address (those who are familiar with Deeds’ “support” of the Commonwealth Coalition’s position will enjoy the irony, here).Â Â  But what really makes me wonder, here, is the fact that this is the *second* time a unique email address specific to an organization with a similar agenda has been used by the Deeds campaign.Â  When contacted about this, the director of that second organization assured me that they do not ever share email lists.

So.Â  Where’s Deeds getting his email lists from?

Update: Apparently this needs to be said – I’m not posting this as a personal criticism of Creigh Deeds.Â  I *am* posting it because I’m interested in an actual answer here.Â  In case anyone missed it, Virginia is a state in which discrimination has been enshrined in its constitution.Â  And that discrimination is against exactly the people who are likely to be active supporters of the Commonwealth Coalition (but not necessarily public supporters, for reasons I hope are obvious).Â Â  Whoever is responsible for sharing these lists appears not to get the importance of the promise of privacy (among other things).Â  I’d like to make sure that they do.

Update II: Representatives from all three organizations – the Commonwealth Coalition, Equality Virginia, and the Deeds campaign, have all told me that they have never shared or exchanged lists.Â  Which means that we’ve got a bit of a mystery going, as the information was (at some point) in the custody of someone who did share the information.Â  I’m looking forward to finding out who that was, and I’m sure that – given their clear understanding of the importance of the confidentiality of this information – each organization will continue to be helpful in sorting this out.

Held:
1. The Second Amendment protects an individual right to possess a
firearm unconnected with service in a militia, and to use that arm for
traditionally lawful purposes, such as self-defense within the home.
Pp. 2â€“53.
(a) The Amendmentâ€™s prefatory clause announces a purpose, but
does not limit or expand the scope of the second part, the operative
clause.

2. Like most rights, the Second Amendment right is not unlimited.
It is not a right to keep and carry any weapon whatsoever in any
manner whatsoever and for whatever purpose: For example, concealed
weapons prohibitions have been upheld under the Amendment
or state analogues. The Courtâ€™s opinion should not be taken to cast
doubt on longstanding prohibitions on the possession of firearms by
felons and the mentally ill, or laws forbidding the carrying of firearms
in sensitive places such as schools and government buildings, or
laws imposing conditions and qualifications on the commercial sale of
arms. Millerâ€™s holding that the sorts of weapons protected are those
â€œin common use at the timeâ€ finds support in the historical tradition
of prohibiting the carrying of dangerous and unusual weapons.
Pp. 54â€“56.

And there go the triggerlock laws:

Similarly, the requirement that any lawful firearm in the
home be disassembled or bound by a trigger lock makes it impossible
for citizens to use arms for the core lawful purpose of self-defense and
is hence unconstitutional.

Mayor Fenty says his office “has a Plan B.”Â  Umkay.Â  It’ll be interesting.

I’ve got to admit – it’s been a while since I’ve followed Supreme Court cases for the sake of themselves.Â  For the most part, my interest with the Supreme Court has been limited to FCC-related issues (and the occasional 4th Amendment case).Â  So I’ve not been on the law blogs for years.Â  But this DC v. Heller case has interested me for a while, and I’ve been edging back into the law blogs (believe me, this will not turn into one).Â  I’m *really* impressed by Scotusblog, which seems to be a joint project between the lawyers at Akin Gump and Howe & Russell.Â  It’s easy to read, well laid out, and everything you want to know is right there.Â  I know it’s a bit of a late recommendation, given that this is the last day of the term, but if you ever get interested in a case pending before the Supreme Court, go to Scotusblog.

(I’m following the “live blog” there right now, and they’ve got a little survey going on, asking who the viewership is, in real time.Â  95% are there because of Heller.Â Â  (Oh, look. Davis v. FEC was reversed and remanded – there goes the Millionaire Amendment, for the moment)Â  18% are lawyers.Â  16% are law students.Â  65% are NRA members.Â  27% own 2 or more guns.Â  Fascinating stuff.)

Among the most effective tools the US has (had?) are the assumptions about its capabilities and reach in military and intelligence matters.Â Â  And the gap between the assumption and the reality is often the asset that’s being protected when the public is told that something can’t be revealed to them, so that sources and methods aren’t jeopardized.

Well, over in Italy, they’re trying (in absentia) 26 Americans involved in kidnapping (and then lying about it) a suspected terrorist in Milan (all without the Italian gov’ts approval, natch).Â  Seems like the Italians got ahold of the laptop of the CIA station chief.Â Â  And what super stealth secret means did they use to position their people and do recon on the best path between the abduction point and dropping the kidnapped guy at a US air base? Expedia. Oh, and they know this because it seems there was a plethora of unsecured info on the laptop.

Sounds like Chesterfield County (just south of Richmond, VA) screwed things up badly enough in the February 12th presidential primary to draw a complaint at the Department of Justice:

The civil-rights complaint says hundreds of Chesterfield residents were deprived of the right to vote, primarily in precincts with the largest black populations. They allege that in nine of 63 precincts, county voting officials failed to provide enough Democratic ballots and told voters to cast ballots on blank scraps of paper, which weren’t counted.

A close-up view of the problem, written not long after the primary at hand, can be found here.Â  Providing for elections is among the core (and most predictable) functions that government can provide.Â  Any time a place screws it up this badly, it’s not unreasonable to wonder if it goes beyond incompetence.

So many alt-country and acoustic covers of hip-hop hits have been done that I wish they’d just stop (and I say that as a fan of all three genres).Â  But nothing will ever measure up to this *brilliant* effort, which must have been among the first, recorded in the mid 90s.Â  As usual, this has been mislabled by the service I’m using – this is The Gourds covering Snoop Dogg’s Gin & Juice: