In the spirit of this map, I present you this. Â Brilliant.

Ever since Haiti was ravaged by the devastating earthquake of January 12, France has called for international debt forgiveness for Haiti.

The French Republic and Haiti share deep ties of history, language and culture. Bastille Day is a perfect occasion to celebrate the cherished values of our rebublic–values that were also a beacon to the Haitian people when they cast off the shackles of slavery, and founded the second republic of the Americas.

In the context of our national holiday, we are thus announcing the dawn of a new era of cooperation between France and Haitiâ€”a partnership based firmly in these shared values. Whereas our nations’ relations were, historically, at times tumultuous, today we start with a clean slate united by compassion and cooperation.

Under the Framework Initiative for Haitiâ€™s Reconstruction, unveiled today by the Ministry of Foreign and European Affairs, France is repaying the historic debt of 90 million gold francs Haiti paid to France following the formerâ€™s independence at the dawn of the 19th century.

Under the new framework, the 90 million gold francs, which Haiti paid France from 1825 until 1947, will be reimbursed in a yearly budget over the course of 50 years. Economic advisors working with the Ministry have calculated that the total sum amounts to â‚¬ 17 billion including adjustments for inflation and a minimal interest rate of 5 percent per annum.

when you get all your facts from the Internets?

Projections based on ballot results suggest Swiss voters have backed a campaign to ban the construction of minarets, local television reported.

Not a lot to say, other than that this was inspired by recent conversations about the P&O Ferry between Zeebrugge and Hull.Â  I’ve got a couple dozen tracks that are well associated with that route. 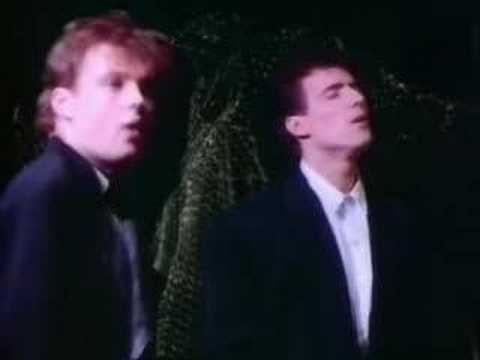 Really, that’s what these people are saying:

He appears to be serious.

Let’s be clear.Â  If I ever meet Silvio Berlusconi, I – Mark Blacknell – will slap him like his mother apparently didn’t when he was a child.Â  This man is a clown of the lowest order.Â  One that Italy, in its seemingly perpetual commitment to governance as envisioned by a 14 year old, has decided to make Prime Minister.Â  Multiple times.Â  Seriously, these people conquered the rest of of Europe?

Doing It Wrong: US, Canada, EU Opposing the Right of the Blind to Read

Once again, we’ve got an ugly illustration that “Big IP” has almost completely captured the US government’s policy positions, resulting in absurd things like this:

Right now, in Geneva, at the UN’s World Intellectual Property Organization, history is being made. For the first time in WIPO history, the body that creates the world’s copyright treaties is attempting to write a copyright treaty dedicated to protecting the interests of copyright users, not just copyright owners.

At issue is a treaty to protect the rights of blind people and people with other disabilities that affect reading (people with dyslexia, people who are paralyzed or lack arms or hands for turning pages), introduced by Brazil, Ecuador and Paraguay. This should be a slam dunk: who wouldn’t want a harmonized system of copyright exceptions that ensure that it’s possible for disabled people to get access to the written word?

The USA, that’s who. The Obama administration’s negotiators have joined with a rogue’s gallery of rich country trade representatives to oppose protection for blind people. Other nations and regions opposing the rights of blind people include Canada and the EU.

And what’s the awful thing that the US, EU, and Canada won’t stand for? From James Love:

I am attending a meeting in Geneva of the World Intellectual Property Organization (WIPO). This evening the United States government, in combination with other high income countries in “Group B” is seeking to block an agreement to discuss a treaty for persons who are blind or have other reading disabilities.

The proposal for a treaty is supported by a large number of civil society NGOs, the World Blind Union, the National Federation of the Blind in the US, the International DAISY Consortium, Recording for the Blind & Dyslexic (RFB&D), Bookshare.Org, and groups representing persons with reading disabilities all around the world.

The main aim of the treaty is to allow the cross-border import and export of digital copies of books and other copyrighted works in formats that are accessible to persons who are blind, visually impaired, dyslexic or have other reading disabilities, using special devices that present text as refreshable braille, computer generated text to speech, or large type. These works, which are expensive to make, are typically created under national exceptions to copyright law that are specifically written to benefit persons with disabilities…

The opposition from the United States and other high income countries is due to intense lobbying from a large group of publishers that oppose a “paradigm shift,” where treaties would protect consumer interests, rather than expand rights for copyright owners.

Citizens?Â  They’re just consumers.Â  Shut up and buy what we want you to.

“The shot that changed the republic”

It was called â€œthe shot that changed the republic.â€

The killing in 1967 of an unarmed demonstrator by a police officer in West Berlin set off a left-wing protest movement and put conservative West Germany on course to evolve into the progressive country it has become today.

Now a discovery in the archives of the East German secret police, known as the Stasi, has upended Germanyâ€™s perception of its postwar history. The killer, Karl-Heinz Kurras, though working for the West Berlin police, was at the time also acting as a Stasi spy for East Germany.

It is as if the shooting deaths of four students at Kent State University by the Ohio National Guard had been committed by an undercover K.G.B. officer, though the reverberations in Germany seemed to have run deeper.

â€œIt makes a hell of a difference whether John F. Kennedy was killed by just a loose cannon running around or a Secret Service agent working for the East,â€ said Stefan Aust, the former editor in chief of the weekly newsmagazine Der Spiegel. â€œI would never, never, ever have thought that this could be true.â€

Germany – as a nation – left a deep impression on me with its capacity for introspection, and it’s something I missed when we left.Â  My understand is that Germany has become less so these days, but my connection to the country is almost non-existent now, and I could be wrong.Â  In any event, I’m very much looking forward to the resulting conversation.Â  If you’re interested in more, I suggest Der Spiegel (in English).

Change We Can Believe In (and Eat)

Back in January, I noted that the Bush Administration was imposing a hefty import duty on Roquefort cheese, in retaliation for the EU daring to have some food safety standards.Â  But just last week, common sense and civility broke out:

Food lovers breathed a sigh of relief today when news broke that the U.S. was dropping threatened tariffs on luxury food imports from Europe.

“Cheese war ends, everybody wins,” Foreign Policy declared in its Passport blog, encouraging its readers to enjoy a celebratory cheeseburger.

These taxes–which would have pushed the markup on French Roquefort cheese from 100 percent to a whopping 300 percent–never actually went into effect. But the food world had been making provisions just in case.