The NYT Magazine has a remarkably intelligent story on Internet trolling.Â  I don’t know much about the author of the story, but he’s obviously been around a while.Â  I’m pretty comfortable in considering myself as someone with a bit understanding of the social-interaction history of the Internet*, and most any story about it leaves me cold.Â  This isn’t your usual breathless teh internets is EVIL story, though, and tho’ it’s not a terribly deep piece, it does catch some of it quite well.Â  Worth a read.

*Sometime this summer we passed my 15 year anniversary marking near daily postings online.Â  My first taste of the online world came via Compuserve in the mid-80s, but it didn’t become a part of my daily life until I snagged an account at GSU in 1993.

I have a confession.Â  I hate buses.Â  I know, they are an integral component of any complete and efficient public transportation system.Â  I don’t mind shared space, I appreciate not driving, etc.Â Â  So you’d think I would like buses.Â  Nuh uh.Â  Can’t stand them.Â  I would rather take three different trains than one direct bus.Â  I would rather pay $150 and suffer TSA than take the $20 dragon express to NYC.Â  Hate hate hate.

Maybe it was an early imprint thing.Â  As a (very small) kid, my mother and I took a bus from Phoenix to Tuscon to see my father (temporarily working at Ft. Huachuca).Â Â  In the summer.Â  With no air conditioning.Â  I think I am still probably a little melted around the edges, from that.Â  Or maybe it was the school bus in Germany.Â  Super-luxe buses (tv’s, bathrooms, etc.), but the bus driver was drunk.every.day.Â  As in closing the doors on kids, stopping short, etc.Â  Not really a fun way home.

Anyway, you might think I’m kidding, or trying to be funny.Â  I’m not.Â  Here’s just another reason to not ride the bus:

A man was stabbed to death then beheaded on a Greyhound bus in an apparent random act of violence, according to an eyewitness.

“He calmly walked up to the front (of the bus) with (the victim’s) head in his hand and the knife and then dropped the head in front of us,” Caton said, adding he believes the suspect later returned to the back of the bus and was seen later “taunting police with the head in his hand out the window.”

“What struck me, it was like he was at the beach or something,” he said.

Stay away from the buses.

Midweek Makeover: Peeling Back the Layers

One of my favorite things is coming across a cover that compels you to look for the original.Â  In tonight’s example, we have the Black Eyed Peas’ remake of Sergio Mendes’ “Mas Que Nada.”Â  Whether you can stand the obnoxiousness of the Black Eyed Peas or not, their music has become omnipresent, and it was hard to escape this in the year after it came out: 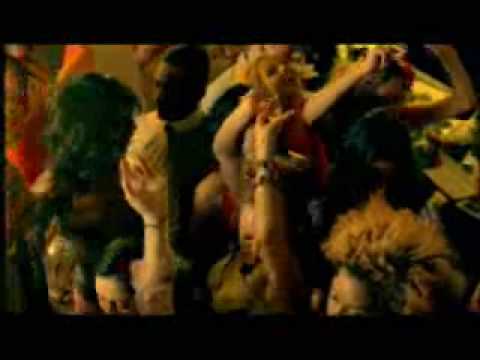 When I first heard it, it set off a faint echo of the original.Â  I must have heard a few times before, but I never really nailed down the artist so I could pick it up.Â  And so it faded from memory.Â  And then the cover came out.Â Â  To the BEP’s credit, they plainly labeled the original artist (Sergio Mendes) and a quick search yields the original.Â  Which has to be one of the most stylin’ bits of music I’ve ever heard:

Hey, look, he did something decent:

Do You Walk or Ride Trails in Maryland?

If so, take a few minutes to respond to the solicitation for feedback from the MDOT Office of Planning and Capital Programs below, please.Â  Thanks.

Dear Friends and Supporters of Trails in Maryland,

I am very excited to let you know that MDOT is leading a strategic planning effort to guide development of a bicycle and pedestrian trail network that connects people to the places in which they live, work, and play. The plan will chart a course for Marylandâ€™s state and local agencies to implement a seamless, multi-use trail system that can be used for transportation by bicyclists, pedestrians, runners and others. MDOT is committed to continue working with our local and state partners in this effort and we want your input in the plan development process to ensure that your plans, perspectives, needs and visions are included.
We have created two easy ways for you to provide input:

First, I invite you to complete a simple online survey. Click on the following link, which will take you to directly to the survey at the SurveyMonkey website. It will take just a few minutes to fill out.
http://www.surveymonkey.com/s.aspx?sm=aFsezUukX8MtDQEpOXS3_2fQ_3d_3d

Second, through our project website, we provide an opportunity to use Google Maps to give us geographic information about where trail improvements and linkages are needed. Go to the website using the link below. You will find instructions there and a link to the Maryland Trails Google Map.
http://www.mdot.state.md.us/Planning/TSIP/trails.html

In addition to completing the survey yourself (and giving us ideas on a map), I want to encourage you to forward this invitation (by email or in newsletters) to your friends, colleagues and fellow members of bicycle, pedestrian or trail interest groups in which you are involved. The survey and map will remain open from now through September 30, 2008.
For more information about the project, I have attached a project announcement flyer that explains this exciting effort. You can also visit our project homepage at http://www.mdot.state.md.us/Planning/TSIP/index.html.

Bigots Hate It When You Call Them That

Atrios directs us over to Pandagon, who does a great job of illustrating the penchant of the “family values” crowd to go nuts when someone clearly describes what they’re trying to do. In this case, CA Attorney General Jerry Brown has revised the Proposition 8 ballot question to read (in part):

Changes California Constitution to eliminate right of same-sex couples to marry. Provides that only a marriage between a man and a woman is valid or recognized in California.

Well, okay. That’s exactly what it proposes to do. The CA Supreme Court recognized a state constitutional right to marriage (regardless of sex) and this proposal seeks to eliminate that right. What’s to be mad about?:

This completely obliterates the conservative framing of the issue (“protecting marriageâ€, â€œpreserving the traditional family,â€ etc.) and shows that supporters of the ballot initiative want to repeal a civil right that is now in place. And the fundies are hopping mad. [ . . . ]

Jennifer Kerns of the Protect Marriage coalition told the Los Angeles Times the revised wording is â€œinherently argumentative.â€ Kerns said the wording had the potential to â€prejudice voters against the initiative.â€

I saw this over and over again in the time leading up to the vote where Virginia showed the world what a backwards place it really is, in many respects. The proponents of the anti-same sex marriage provision would spit out some of the most vile and obscene things – the usual stuff – and then go nuts when you called them bigots (and I’ll note that more than a few Dems were complicit, as they didn’t like hearing the bigotry of their parents (or themselves) called out for what it is). My response?

Common US and China Policies: State Surveillance Is A Good Thing

Glenn Greenwald has a nifty little piece up in which he highlights the hypocrisy of US lawmakers (like Sen. Sam Brownback (R-Kansas)) who decry Chinese Internet monitoring efforts while supporting parallel programs here in the US.

Bush’s Budget Philosophy: Make It the Next Guy’s Problem

Waldo Jaquith does a bangup job of examining the gap between the fantasy line that the Bush Administration has been feeding the public for the last eight years, and the reality that’s going to smack the next administration:

Thereâ€™s bad news on the economic front: Bushâ€™s budget deficit will hit the half-billion dollar mark next year, which is precisely the opposite of what President Bush has been promising since he first sought the office.

Letâ€™s take a look back at each yearâ€™s budget news since 2000, the year before President Bush took office.

Give it a look.

Well, I can’t say that any of the three names being splashed about this morning – Biden, Bayh, and Kaine – are particularly inspiring.Â Â  Joe Biden, in addition to possessing the auto-disqualification of never knowing when to shut up, can be counted on to introduce or support one bad policy position after another.Â  No thanks.Â  Evan Bayh . . . well, if I wanted a warmonger in the VP slot, I’d probably want one at the head of the ticket.Â Â  Which then brings us to Tim Kaine.Â  I can’t say that I’ve been particularly enthused by Kaine (I think he’s been a generally competent, though not really a standout, governor).Â  But neither does he elicit a visceral pushback in me the way Biden or Bayh do.

In any event, I’ll be happy to find out that this was just more of the usual campaign misdirection/press overeagerness, and that it hasn’t really been narrowed down to these guys.

Another Point In Favor of Helmets

You never know when a cop is going to assault you: 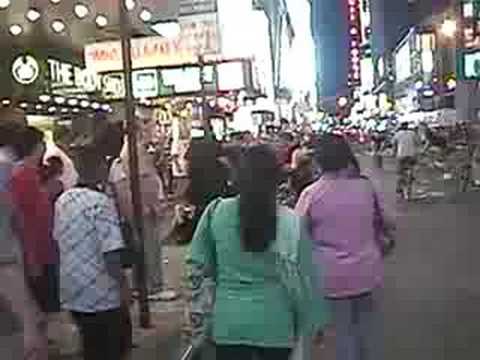 Background here, where you can learn nifty little things like:

A representative for TIMES UP! tells us that the cyclist in this video was arrested, held for 26 hours, and charged with attempted assault and resisting arrest.