Washcycle (as usual) has the info you need. This time it’s about the recently issued IRS guidance on the benefits allowed under the Bicycle Commuter Choice Act.Â  Check it out and send it along to your HR people.Â  I can’t help but think that it was a poorly drafted bit of legislation, though.Â  Because really, could this have been intentional?

The bicycle commuter act passed last year excluded bike commuter benefits from an employee’s taxable pay, up to $20 a month. However, if you receive the $20 bicycle commuter benefit, you can not receive any other transportation benefit such as commuter highway vehicle, transit pass, or qualified parking benefits in that same month. This is different than with transit and parking. If you want to, you can take the $230 transit benefit AND $230 in parking. But for cyclists, you can either have $20 for biking or up to $430 for using transit and driving (sigh).

I missed this last Friday, and think it’s worth repeating:

Gov. Timothy M. Kaine vetoed several bills Friday, including those that would have expanded the death penalty to criminals who assist in murders or who kill fire marshals or auxiliary police officers.

“Virginia is already second in the nation in the number of executions we carry out,” Kaine said in a statement. “While the nature of the offenses targeted by this legislation is very serious, I do not believe that further expansion of the death penalty is necessary to protect human life.”

The death penalty is an abomination, but it’s one that has become a fundamental part of this country’s psyche and politics.Â  It won’t be defeated any time soon, yet the (slow) trend is in that direction.Â  Credit to Kaine and other politicians who brave the cheap rhetoric of its supporters and do the right thing.

The US Financial Industry

Around September, when this mess was getting some play in the public eye, I used to joke that it wouldn’t be such a bad thing if the financial industry just blew up.Â  That we could rebuild something much better from the pieces than what we had with the present whole.Â  I still say that.Â  I’m not so sure I’m joking all that much anymore.Â  Two graphs, from a story in the Atlantic:

The numbers at the bottom are 10 year terms, starting in 1948.Â  And yes, that uptick starts around 1980.Â  From the article, titled The Quiet Coup, by former IMF chief economist Simon Johnson, is summarized:

The crash has laid bare many unpleasant truths about the United States. One of the most alarming, says a former chief economist of the International Monetary Fund, is that the finance industry has effectively captured our governmentâ€”a state of affairs that more typically describes emerging markets, and is at the center of many emerging-market crises. If the IMFâ€™s staff could speak freely about the U.S., it would tell us what it tells all countries in this situation: recovery will fail unless we break the financial oligarchy that is blocking essential reform.

Break it.Â  Blow it up.Â  Let’s just have a plan for putting it back together beforehand, yes?Â  And one more suggestion: don’t leave that plan to the people who put us here in the first place.Â  (Of course, that’s the even bigger joke, right there – yes, there’s a problem, but who’s going to fix it?Â  Not the people in power now.Â  This is the hand that fed (and clothed, and housed, and . . .).)

Blue Commonwealth collapsed under a pile of childishness, self-obsession, and pointlessness today, and it appears to be done for.Â  If you’re a reader looking for an alternative, I suggest checking out the New Dominion Project.Â  I’m a fan of the primary authors, and while there are still some rough edges in the site itself, I think that place has a good future.Â  If you’re a regular BC front-pager?Â  Please don’t go over to NDP.Â  Just sit and think about what a ridiculous mess you made, and go do penance by doing something useful, for once.Â Â  Like volunteering.Â  Offline.Â  For a while.Â Â  Through June, at least.

[Update: While I’m recommending places, I might as well toss in a link to the Angry Potato.Â Â  Funny and foul, but most of all – smart.Â  Not a combination I’ve seen anywhere else in VA online Dem politics (well, Blueweeds gets the funny and smart nod, but it gets totally outclassed in the foul dept.)]

Like a blind squirrel finding a nut, Virginia adopts a smart policy with respect to future development:

Virginia is taking aim at one of the most enduring symbols of suburbia: the cul-de-sac.

The state has decided that all new subdivisions must have through streets linking them with neighboring subdivisions, schools and shopping areas. State officials say the new regulations will improve safety and accessibility and save money: No more single entrances and exits onto clogged secondary roads. Quicker responses by emergency vehicles. Lower road maintenance costs for governments.

Although cul-de-sacs will remain part of the suburban landscape for years to come, the Virginia regulations attack what the cul-de-sac has come to represent: quasi-private standalone developments around the country that are missing only a fence and a sign that says “Keep Out.”

Good move.Â  I hope this becomes a national standard.

Covers/mashups will return.Â  In the meantime, a theme: 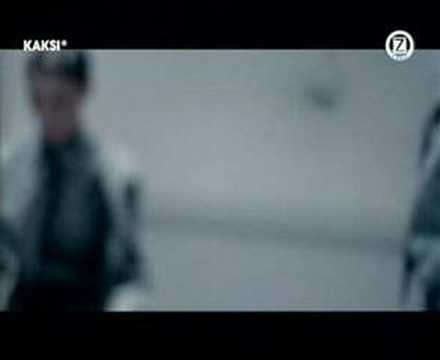 Steele: I Meant To Do That

Michael Steele?Â  Is the gift that keeps on giving:

And then came this exchange, when he insisted that his public face-off with Rush Limbaugh was all part of his plan — to scope out the state of the Republican field, and see who was with him or against him:

Lemon: There’s a rationale behind Rush, all that stuff?

Lemon: How does that help you? 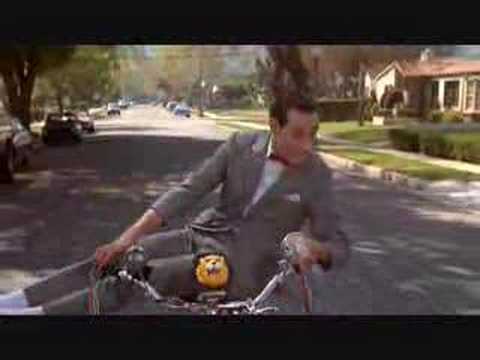 When It Absolutely, Positively . . .

has to be done FedEx’s way:

FedEx could cancel contracts for $10 billion in American-made planes if Congress makes it easier for unions to organize the delivery giant’s workers.

In a Securities and Exchange Commission filing, the Memphis-based company disclosed that purchases of Boeing 777s are contingent on FedEx Express’ continued coverage by the National Railway Labor Act.

The disclosure serves as a warning shot to lawmakers seeking to put FedEx Express workers under the National Labor Relations Act, a move seen as helping the International Brotherhood of Teamsters.

Under the Railway Labor Act, a union like the Teamsters would have to organize FedEx Express employees nationally, rather than in local bargaining units. Drivers for FedEx’s chief domestic competitor, UPS, are largely represented by the Teamsters, but FedEx has fended off organizing attempts for years.

Cory Doctorow points us to this new poster campaign by the London’s Metropolitan Police Service:

The text from that poster reads: “A bomb won’t go off here because weeks before a shopper reported someone studying the CCTV cameras.”Â  And there are others, including one that has a picture of a trashcan outside of a home, and reads: “These chemicals won’t be used in a bomb because a neighbor reported the dumped containers.”Â  Yes, folks, unless you report people that look up in public spaces and snoop in your neighbors garbage, the TERRORISTS WILL WIN.Â Â  Cory goes to town:

It’s hard to imagine a worse, more socially corrosive campaign. Telling people to rummage in one another’s trash and report on anything they don’t understand is a recipe for flooding the police with bad reports from ignorant people who end up bringing down anti-terror cops on their neighbors who keep tropical fish, paint in oils, are amateur chemists, or who just do something outside of the narrow experience of the least adventurous person on their street. Essentially, this redefines “suspicious” as anything outside of the direct experience of the most frightened, ignorant and foolish people in any neighborhood.

And I don’t think that’s exaggerating the baseline that this campaign is working to create.Â Â  Which brings us to the heart of it:

The British authorities are bent on driving fear into the hearts of Britons: fear of terrorists, immigrants, pedophiles, children, knives… And once people are afraid enough, they’ll write government a blank check to expand its authority without sense or limit.

This is one of the central reasons I think Labour deserves to lose the government.Â  But that is for another time.Â  Finally, Cory identifies one of the (many) things that makes this so disappointing:

What an embarrassment from the country whose level-headed response to the Blitz was “Keep Calm and Carry On” — how has that sensible motto been replaced with “When in trouble or in doubt/Run in circles scream and shout”?

Not only has the sun set, but we’re moving well into the night.