The Daily Show’s Wyatt Cenac takes a look at the relative importance of Avian Americans and African Americans in Mississipi. Â Seriously. 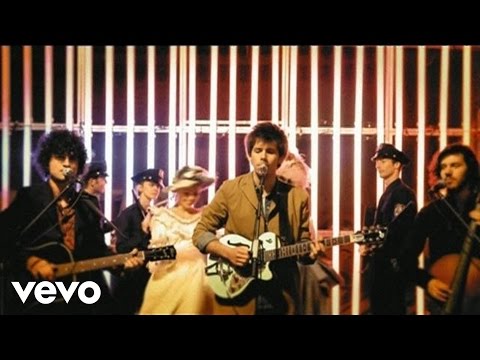 Clarendon Cycles: My New Column at the Clarendon Patch

Just a bit of self-promotion, if you don’t mind. Â I’ve started writing a weekly column – Clarendon Cycles – at the Clarendon Patch site, focusing on issues affecting Arlington’s cyclists. Â I thought it would be a helpful way to reach the kind of audience that doesn’t spend time bouncing around cycling sites, and hopefully get a few more people thinking about how cycling fits into Arlington’s transportation needs. Â  There are a few up now, and the latest one is here, looking at Arlington’s need to do a better job of clearing the Custis and W&OD trails when it snows. Â I hope you’ll check it out, and if you like it, pass it on. Â And if you don’t like it, let me know in a comment there.

20 Years of Bombs Over Baghdad

TPM ReaderÂ CS points out that today is the 20th anniversary of the Persian Gulf War, which started as an air campaign on January 17, 1991. “I don’t see a peep about it in the news,” he writes. “Is it just me, or is that surprising?”

Seminal, for me. Â And many others. Â Recall:

Consider that. Â Two decades the US has been killing people in Iraq. Â Twenty.fucking.years. Â Longer than some of the kids doing it have been alive. Â And that’s just directly.

Alex Parnee starts it off:

[ . . . ] 28 years later, it’s hard to imagine even a deeply Republican Congress opposing a holiday dedicated to Dr. King — in part because some contemporary conservatives like to pretend the civil rights activist was or would be a Republican, but mostly because conservatives have spent years pretending to be a persecuted minority group.

That’s why something like Sarah Palin claiming to be a victim of “blood libel” doesn’t raise an eyebrow among the true believers. It’s the myth that keeps the checks rolling in for most right-wingers. The liberals are all-powerful and they oppress us.

It’s become a core part of the Republican/conservative identity, it seems, to claim to be a horribly oppressed group (that just happens to have the upper hand in most of society’s levers). Â I’ve got zero patience for this bullshit, and I urge others to adopt the same stance. Â Aren’t these the same people always going on about civility and the importance of responsibility? Â Well, if that’s so important, why can’t they be honest about the actual state of things?

*And truly, I mean that in the most offensive way possible. Â Pat Buchanan, feeling like he’s got a lynch mob after him? Â Seriously, Pat, go to hell.

The garbage truck driver who struck and killed a bicyclist in Dupont Circle two years ago has just been sentenced to more than two and a half years in prison.

Marco Flores Fuentes pleaded guilty to entering the country illegally after deportation on drug charges. He was never charged in the accident that killed 22 year old Alice Swanson.

I don’t give a damn about his entering the country illegally. Â Sounds like he had a family to support, and had done a decent job of it. Â But he, in my view, negligently hit and killed a young woman and was never even charged with it. Â This doesn’t do justice for anyone.

Seems that Creigh Deeds has introduced a bill to criminalize reckless cycling. Â Here’s the bill:

Be it enacted by the General Assembly of Virginia:

Any person who operates a bicycle in willful or wanton disregard of the safety of persons or property shall be guilty of reckless cycling. No demerit points shall be awarded by the Commissioner for violations of this section.

Fine, that seems reasonable enough.Â Except cyclists are already subject to reckless driving penalties, no? Â Here’s the existing law which makes cyclists subject to the same laws as drivers:

Every person riding a bicycle, electric personal assistive mobility device, electric power-assisted bicycle, moped, or an animal or driving an animal on a highway shall be subject to the provisions of this chapter and shall have all of the rights and duties applicable to the driver of a vehicle, unless the context of the provision clearly indicates otherwise.

Â§ 46.2-852. Reckless driving; general rule – Irrespective of the maximum speeds permitted by law, any person who drives a vehicle on any highway recklessly or at a speed or in a manner so as to endanger the life, limb, or property of any person shall be guilty of reckless driving.

So what necessitates the bill? Â I’ll ring his office tomorrow and see if I can get some context. Â If anyone has any to offer (crash in his district?), I’d appreciate it.

Update: I spoke to his legislative assistant this afternoon, and she explained that the bill was part of a legislative package that had been requested by Charlottesville. Â There was, apparently, a cyclist-caused fatality there last year, and the charge of “reckless cycling” was one of the recommendations of the bike safety task force set up in response to it. Â  Sen. Deeds office doesn’t view it as anti-cyclist, but as a way to hold cyclist responsible without the full force of a reckless driving charge. Â In fact, Sen. Deeds himself replied (via Twitter) that “Idea is control short of reckless driving.” Â I’m still not personally certain that this bill is necessary, but I’m comfortable that Sen. Deeds isn’t out to make life harder for cyclists. Â I’ll be looking into the origin of the recommendation and update here.

Still not much useful to say about the sad events of this past weekend. Â My one venture into it (elsewhere) has been to argue that we just don’t know enough about the shooter to start ascribing causes. Â While much of this country appears not to recognize any line between crazy and political, I’m still willing to draw one. Â But the larger conversation has already started about violent political rhetoric, and I’m seeing far too much of this “both sides need to tone it down” approach.

Violent political rhetoric comes overwhelmingly from the right in America these days, and it’s echoed well up into the Republican ranks. Â While I’m certain you can find instances of calls for violence on the left, you’ll be digging in website comments for it or pointing to some kid at a World Bank protest. Â Paul Krugman explains the difference:

And itâ€™s the saturation of our political discourse â€” and especially our airwaves â€” with eliminationist rhetoric that lies behind the rising tide of violence.

Whereâ€™s that toxic rhetoric coming from? Letâ€™s not make a false pretense of balance: itâ€™s coming, overwhelmingly, from the right. Itâ€™s hard to imagine a Democratic member of Congress urging constituents to be â€œarmed and dangerousâ€ without being ostracized; but Representative Michele Bachmann, who did just that, is a rising star in the G.O.P.

And thereâ€™s a huge contrast in the media. Listen to Rachel Maddow or Keith Olbermann, and youâ€™ll hear a lot of caustic remarks and mockery aimed at Republicans. But you wonâ€™t hear jokes about shooting government officials or beheading a journalist at The Washington Post. Listen to Glenn Beck or Bill Oâ€™Reilly, and you will.

The Republican party likes to harp on about responsibility. Â It should familiarize itself with the concept and actually take some. Â Not that I expect it will happen. Â Instead of behaving like adults who have a stake in society, we’re just going to get more whining attempts at turning themselves into victims. Â It’s what they do.

Franz Ferdinand’s cover of All My Friends: 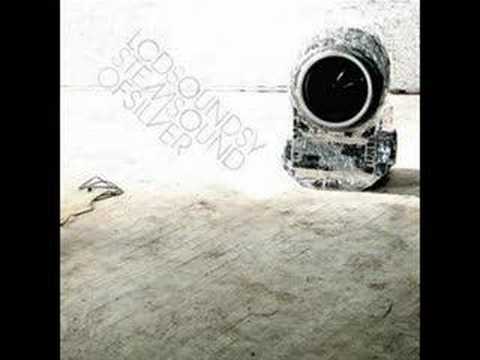 Easy call, for me.

This is quite something to see:

I’d love to match it up to a timelapse of a comparable period in ship-based travel in the early 1900s. It’s amazing (and mostly wonderful) how much easier humans have made global travel.