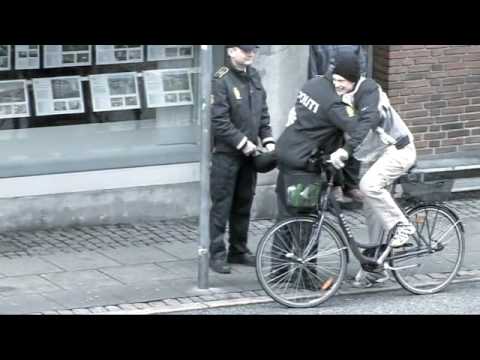 Police not only stop cyclists and give them helmets, they hug the cyclists.

(actually, I suspect this is a clever bit of viral capitalism.)

What We Need v. What We’re Getting

I’m just going to lift this wholesale from TPM and its reader JS, and hope for forgiveness.Â  It’s dead on, I think.

Let’s say that all of the sudden, due to the catastrophic onset of a once-in-a-generation crisis, it no longer becomes possible to deny that the elites at the head of a societally important institution have a record of rampant violation not just of the law, but of our most cherished American ideals. Do you:

A) acknowledge that the institution itself has failed in fundamental ways, name and prosecute the true bad apples to the fullest extent of the law, and overhaul the system in a way that essentially wipes out many of the vested interests that have kept it going; or

B) attempt to patch up the existing system by agreeing to keep up various now-discredited fictions and illusions in exchange for a few hard concessions from the elites, all in the hope that the whole monstrosity can limp along until the crisis has passed, at which point it can recover and all of the elites can go back to business as usual

Obama is, by nature, a consensus seeker with inhuman levels of ambition and talent, which means that on both torture and on Wall St. bankster criminality he instinctively reaches for B), which is the (impossible) option that attempts to please everybody at least a little. But what we really need is A), which would seem to someone like Obama to be the most dangerous option, necessitating as it does the social trauma of genuine collective soul searching. You’d have to be able to gamble that America can tolerate this kind of huge rupture — like the lancing of a boil — and come through it all intact, and Obama is not a gambler.

This was part of my concern in the primary battles between him and Clinton.Â  In any event, Obama’s in charge now, and all we can do is pressure him.Â  And I hope we do. Having a bit of fun with post-processing, something I’ve generally avoided in the past.Â  Click to view a little bigger.Â  In any event, I’d really like another visit to Athens. Was so sick on the last trip that I really only recall spectacular views and pharmacies.

As I’ve mentioned here before, I’m a fan of Arlington’s Phoenix Bikes.Â Â  It’s a full service bike shop staffed in large part by students drawn from its surrounding neighborhood.Â  The kids learn a wide range of skills in the process of earning their own bike, and Arlington gets both a good shop and happier students.Â  Wins all around.Â  With that in mind, I hope you’ll join me next Thursday at the second annual Bike Show:

The BIKE SHOW is Phoenix Bikes’ yearly Birthday Bash & Spring Fundraising event. Our first year’s celebration was a great success. For 2009, the BIKE SHOW is back and better than ever with a focus on showcasing DC Metro’s Extraordinary Cyclists!

And you won’t have any excuses since this year’s location is convenient to the Bike Path (indoor bike valet!), the Rosslyn Metro, and free parking at the Spectrum Theater. Be careful on the way home though – thanks to Capitol City Brewing, the beer will be an improvement this year too. A night you don’t want to miss!

Tickets, which include one raffle entry, are $20 in advance, $30 at the door, and can be purchased here.Â Â  Drop me a note, too, if you end up going.

Torture in Dubai: Perhaps the Detainee Had High Value Information?

ABC has a tape showing:

A man in a UAE police uniform is seen on the tape tying the victim’s arms and legs, and later holding him down as the Sheikh [brother of the crown prince] pours salt on the man’s wounds and then drives over him with his Mercedes SUV.

Go ahead, click the link and watch it.Â  Maybe the guy had valuable information, and this was the only way to get it.Â  And the policeman?Â  Well, I’m sure that the Sheikh issued a legal opinion saying that it was just fine.Â Â  Nothing wrong here at all.Â  Just like the Americans do it.

I expect that Rep. Harman’s story will be inescapable today, but I still wanted to remind everyone to take the time to look at it closely.Â Â  It just might explain a whole host of things.

There really aren’t words for the depth of my disgust with Obama and those that helped him come to this decision.Â  Good job in protecting war criminals, Barack.Â  I hope it haunts you until the end of your days.Â  Because it sure will haunt America.

What, you don’t know who John Waters is? Here’s a taste: 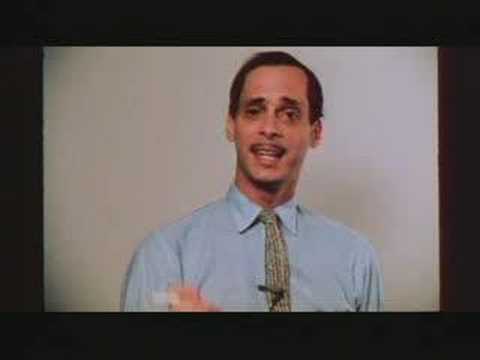 (And FWIW, there’s no way what Waters is saying in the first link is true.Â  But it doesn’t really matter.)

Don’t Ask, Just Do It

Obama needs to get honest about this, and quickly:

Yesterday, Defense Secretary Robert Gates poured more cold water on the idea that Don’t Ask, Don’t Tell will be repealed anytime soon. “If we do it,” Gates said, “it’s very important that we do it right, and very carefully.”

Back in January, of course, Obama spokesman Robert Gibbs said, in no uncertain terms, that the Don’t Ask, Don’t Tell would be repealed. But the administration’s been slowly walking that back ever since.