Just back from my semi-annual check-up on the DC Critical Mass crowd.  Unsuprisingly, DC did not live up/down to the examples recently set in Seattle or NYC.  It was a mostly positive affair that I’ll write more about later.  I’ll say now, tho’, that the hipster simply didn’t represent like I expected them to (in fact, the only clearly ID’able one I saw didn’t take part in the ride at all – he was busy loading his Pista into the back of his . . . SUV! at 14th & R St.).  Anyway, in honor of the evening –

We start with the setting – Dupont Circle at 6pm.  Lily Allen’s LDN is apropos, no? 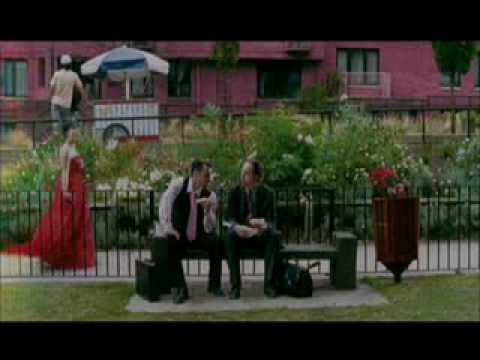 As we get rolling on the ride, I look around to see who’s with us.  All sorts, really, but one stands out.  She may well be proof of time travel, looking like she’d been snatched out of Ready for the World’s Oh Sheila video: 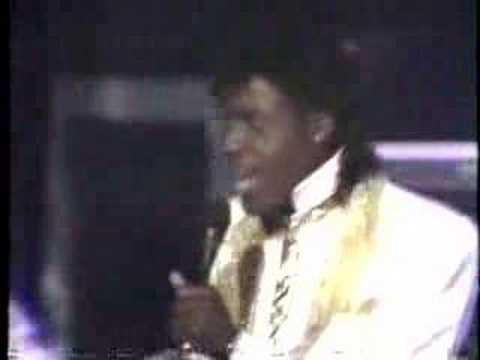 Props to her, though – could you pedal with 4 inch heels?  No, you could not.  So up and around Thomas Circle, swing across U, and back down to the Capitol.  We crash the party that the local DC skate/rollerblade club had going on.  Much fun, sometimes towing the skaters, sometimes getting pushed.  The guys on the tall bikes (triple stacked!) wanted to try something with the tour buses, but they ran away.  So we were left to:

Shortly after, I and a couple of other guys parted ways with the pack, and headed home.  An excellent start to the evening. On a day not exactly associated with physical activity (tho’ perhaps the lack of), hundreds of runners participated in the Arlington Turkey Trot. Routed through the decidedly not-flat neighborhood of Lyon Park, everyone who participated earned at least a second helping of pie tonight.

Snapped a good number of photos, which you can find here.  An absolutely beautiful fall day.  If you’re a runner, and want a copy of the original, just drop me an email and link to the picture I’ve posted. This weekend I participated in the Rappahannock Rough Ride. It offers a number of alternatives – 33 and 58 mile road rides or 20 and 30 mile off-road efforts. Having ridden the short road ride last year, I came back this year for the longer road loop. While it was a lovely ride – all apple orchards and horse farms – I can’t say that it was among the better supported rides I’ve done this year.

So, what went wrong, and how could they improve it?

END_OF_DOCUMENT_TOKEN_TO_BE_REPLACED

This last weekend found me in Stokesville, Virginia for the Virginia IMBA Mountain Biking Festival. I’d never had a chance to ride any of the trails out there, and I figured that it would be an excellent way to assess the advisability of me actually competing in the Shenandoah Mountain 100 this year. A number of the group rides would follow the SM100 course, and the plan was to take advantage of those rides to see as much of the course as possible. All the while having a grand time.

END_OF_DOCUMENT_TOKEN_TO_BE_REPLACED

Prompted by a posting to the Bike Washington listserv, I decided to try Atlantic Cycling’s Blackwater Tour this last week, making it my first metric century of the season. I’d never heard of this ride or Atlantic Cycling, but I’ve an affinity for riding in the very rural Eastern Shore, and I didn’t have anything in particular planned for that Sunday morning.

It starts at the Visitor’s Center of the Blackwater National Wildlife Refuge, which reminded me much of the marshes around Savannah (one of my favorite places on the planet). This was an absolutely beautiful area – a flat road inches above the water, and no cars to be seen (or heard). You can tell you’ve exited the park when you start noticing all of the duck blinds (Seems a bit cruel, no? Offer them a refuge, but only if they can make it through a hail of bullets. This is not a ride I’d be making in the fall.). It then loops down through Dorchester County before heading to an out-and-back segment to Hooper Island. All in all a beautiful route, and on a Sunday morning there were only a few miles (out of 65) where I saw more than a car or two at a time). I’ll definitely be heading back there when the schedule calls for some all day road work.

The riders were your typical touring assortment – a fair smattering of club riders, a good number of older touring couples, and a few groups of friends who had coalesced around a more experienced rider friend. I decided to make it a tempo training ride myself, and when the wind really picked up, I connected with a couple of other solo strangers and we shared the work of a three-man pace line for the rest of the ride. People were friendly, but not in your way. Just as I like it.

Atlantic Cycling, for its troubles in organizing and supporting the ride, wants you to sign up as a club member ($10 per season, getting you a nice grey on red t-shirt) and pay $10 for each ride. Registration was quick, and I received a cue sheet and a wish for good luck. I don’t think there is any on-course support beyond the (well-stocked) rest-stops. My only point of complaint was that there weren’t any restroom facilities available at the stops. This wasn’t an issue for me, but it wasn’t good news for a number of riders (esp. women). I’m almost embarrassed to say that I probably ate more than my registration dollars’ worth of food at the stop. I’d gotten in late the night before, and was operating on just a few hours of sleep. Apparently my body thought a good way to make up for that was by ingesting way too many peanut butter and banana sandwiches.

Depending on my calendar, I’d be quite happy to join another Atlantic Cycling ride this season. The route was clear (both on the cue sheet and as marked), and the company was pleasant. It’s not an ideal ride for those who are unsure of their abilities, but I’d recommend it to everyone else. END_OF_DOCUMENT_TOKEN_TO_BE_REPLACED

Another year, another Seagull Century. After bailing on last year’s Seagull, decided to push ahead with this one, weather be damned. And damned it was. The season’s first official nor’easter brought us buckets of rain and gale force winds for most of the ride.