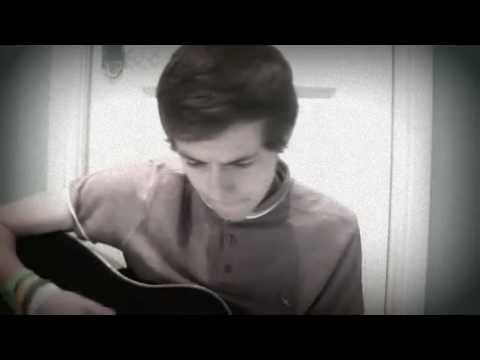 There’s so much to unpack here, and I while I’m not up for doing that right now, it’s so compelling that I want to pass it on:

For most workers, there is no such thing as the long term. As sociologist Richard Sennett put it in his book The Corrosion of Character: The Personal Consequences of Work in the New Capitalism, the post-Fordist worker â€œlives in a world marked â€¦ by short-term flexibility and flux â€¦ Corporations break up or join together, jobs appear and disappear, as events lacking connection.â€ (30) Throughout history, humans have learned to come to terms with the traumatic upheavals caused by war or natural disasters, but â€œ[w]hatâ€™s peculiar about uncertainty today,â€ Sennett points out, â€œis that it exists without any looming historical disaster; instead it is woven into the everyday practices of a vigorous capitalism.â€

I can’t imagine that even the most aggressive proponent of The Market(TM) would argue with this (tho’ I’d expect they’d point to some as yet unseen upside of mobility and efficiency). Â And truly, who reading this could argue with the following?

The consequence of the normalisation of uncertainty is a permanent state of low-level panic. Fear, which attaches to particular objects, is replaced by a more generalised anxiety, a constant twitching, an inability to settle. The uncertainty of work is intensified by digital communication technology. As soon as there is email, there are no longer working hours nor a workplace. What characterises the present moment more than our anxious checking â€“ of our messages, which may bring opportunities or demands (often both at the same time), or, more abstractly, of our status, which, like the stock market is constantly under review, never finally resolved?

It’s very tempting (and even somewhat justified) to respond to that with a flip “First world problems!” statement. Â But that doesn’t address the real claim. Â While I don’t think the interjection of atheism is helpful in the following, the central thrust of it is dead on:

Campagnaâ€™s call for a â€œradial atheismâ€ is based on the recognition that the precariousness that cannot be eliminated is that of life and the body. If there is no afterlife, then our time is finite. Curiously, however, we subjects of late capitalism act as if there is infinite time to waste on work. Work looms over us as never before. â€œIn an eccentric and an extreme society like ours,â€ argue Carl CederstrÃ¶m and Peter Fleming in their book Dead Man Working, â€œworking has assumed a universal presence â€“ a â€˜workerâ€™s society in the worst sense of the term â€“ where even the unemployed and children become obsessed with it.â€ (2) Work now colonises weekends, late evenings, even our dreams. â€œUnder Fordism, weekends and leisure time were still relatively untouched,â€ CederstrÃ¶m and Fleming point out. â€œToday, however, capital seeks to exploit our sociality in all spheres of work. When we all become â€˜human capitalâ€™ we not only have a job, or perform a job. We are the job.â€

Seriously, step back and think of that. Â While I feel like I could argue about slight exceptions and exemptions, the core of it? Â Has no answer. Â What comes next? Â Echos deeply, for many of us:

Given all of this, it is clear that most political struggles at the moment amount to a war over time. The generalised debt crisis that hangs over all areas of capitalist life and culture â€“ from banks to housing and student funding â€“ is ultimately about time. Averting the alleged catastrophe (of the end of capitalism) will heighten the apocalyptic temporality of everyday life, as the anticipation of catastrophe gives way to a sense that we are already living through the catastrophe and it, like work, will never end.

But it goes beyond work:

Â The consequence is a strange kind of existential state, in which exhaustion bleeds into insomniac overstimulation (no matter how tired we are, there is still time for one more click) and enjoyment and anxiety co-exist (the urge to check emails, for instance, is both something we must do for work and a libidinal compulsion, a psychoanalytic drive that is never satisfied no matter how many messages we receive).

Here’s a secret. Â One of the most calming things I know is the closing of the doors on an aircraft. Â When that happens, it’s a raising of drawbridges, a closing of doors, an acceptable ceasing of activity. Â It’s often preludes the most productive times I have.

But really? Â It’s meaningless. I should be able to create those conditions on my own, no? Â What stops me from raising the drawbridge, closing the doors, and ignoring the world for a bit?

The Mindless Laziness of “Both Sides Do It!”

Continuing on a theme:

“Basically, saying “both sides do it” is a form of trolling. In almost every case, when a Very Serious Person says “both sides do it,” “both sides are to blame” or any of its variants, it is to shut down discussion, not to bring it to a deeper, more nuanced level. (There are exceptions, but they are few. We’ll delve into this further in future posts.) Obsessing about “tone” and other cosmetics serves the same function. ‘Sensible Centrism’ is very popular because it gives the appearance of wisdom, objectivity, independence, impartiality and so on without having to commit to much of anything.”

On Decency and Chicken

This explains it, top to bottom:

“This isnâ€™t about mutual tolerance because thereâ€™s nothing mutual about it. If we agree to disagree on this issue, you walk away a full member of this society and I donâ€™t. There is no â€œlive and let liveâ€ on this issue because Dan Cathy is spending millions to very specifically NOT let me live. Iâ€™m not trying to do that to him.”

And really, it’s helpful to see what kind of people will go out of their way to support bigotry. Â It’s more than one might guess, nevermind might hope.