Today, Obama tells us that:

Oh, the “security” of the American people overrides the Constitution. Sounds a lot like a certain President, doesn’t he?

Just for fun, let’s take another look at the Oath of Office for the President of the United States:

Can someone help me find the part where it says “unless I think that the Constitution is at odds with security interests”? Best when viewed at its original resolution.

Looks like DC v. Heller will be amongst the very last set of cases to be announced.  According to Scotusblog, there’s some thought that there may be no majority opinion, but a plurality decision.  Just what we need.  I’ve described my mixed feelings about both positions (collective v. individual right to bear arms) here before, but I thought that – no matter which way the Court went – we’d at least get some settling of the issue, and the states could react appropriately (and with confidence).

(Update: and so we see – there is an individual right to bear arms.  More here.)

The Importance of Democrats Criticizing Democrats

One of the few good things I’d expected to come of the Bush years was a clear understanding by Democrats that vesting their political trust and faith in a person – instead of a set of principles – was a very unwise thing to do.  Perhaps this was a bit naive of me.

The pushback against those who are willing to call Obama (and other Democrats) to account for the pending FISA bill is strong, with otherwise sensible Democrats tripping over themselves to provide excuse after excuse for these electeds selling out our basic Constitutional rights.  And the justification, time after time, is “I trust Obama and I want to win!” (and it is often, but not always, followed with the vaugely aggressive – “What, are you going to vote for McCain?”).  Glenn Greenwald calls this out for what it is:

The excuse that Obama’s support for this bill is politically shrewd is — even if accurate — neither a defense of what he did nor a reason to refrain from loudly criticizing him for it. Actually, it’s the opposite. It’s precisely because Obama is calculating that he can — without real consequence — trample upon the political values of those who believe in the Constitution and the rule of law that it’s necessary to do what one can to change that calculus. Telling Obama that you’ll cheer for him no matter what he does, that you’ll vest in him Blind Faith that anything he does is done with the purest of motives, ensures that he will continue to ignore you and your political interests.

Beyond that, this attitude that we should uncritically support Obama in everything he does and refrain from criticizing him is unhealthy in the extreme. No political leader merits uncritical devotion — neither when they are running for office nor when they occupy it — and there are few things more dangerous than announcing that you so deeply believe in the Core Goodness of a political leader, or that we face such extreme political crises that you trust and support whatever your Leader does, even when you don’t understand it or think that it’s wrong. That’s precisely the warped authoritarian mindset that defined the Bush Movement and led to the insanity of the post-9/11 Era, and that uncritical reverence is no more attractive or healthy when it’s shifted to a new Leader.

And if Greenwald’s not enough of a thinker for you on that, let’s try some quotes by some guys who had a bit more experience in these matters (quotes suggested by commenters at Salon):

“There is danger from all men. The only maxim of a free government ought to be to trust no man living with power to endanger the public liberty.” – John Adams [1772].

In 1799, Thomas Jefferson echoed that: “Free government is founded in jealousy, not confidence . . . . Let no more be heard of confidence in men, but bind him down from mischief by the chains of the Constitutions.”

I believe strongly in the rule of law, and not man.  One of the most important things Obama can do as President is restore the rule of law and bring an end to the almost unchecked lawbreaking of the Bush Administration.  Yet in supporting this FISA bill – the telecom immunity and the Constitution violating expanded surveillance powers – Obama is signaling that when it comes time to stand up for it, the rule of law isn’t really all that important to him.  The time to put an end to any such idea is now.  I’ll let Greenwald explain why:

The excuse that we must sit by quietly and allow him to do these things with no opposition so that he can win is itself a corrupted and self-destructive mentality. That mindset has no end. Once he’s elected, it will transform into: “It’s vital that Obama keeps his majority in Congress so you have to keep quiet until after the 2010 midterms,” after which it will be: “It’s vital that Obama is re-elected so you have to keep quiet until after 2012,” at which point the process will repeat itself from the first step. Quite plainly, those are excuses to justify mindless devotion, not genuine political strategies.

Virginia State Sen. Chap Peterson concisely summarizes the options currently facing the special session down in Richmond.  Earlier this year, I’d had some resolve to better follow and understand the transportation debate.  But then I put it away after the usual GOP clowning over it made it pointless.  If I can find that resolve again (I might have thrown it out), I’ll try and post more about the special session.

So What Will It Be, Obama?

Senators Feingold and Dodd are going to filibuster the FISA bill.  You going to keep your word to support that or not?

Take Back the Tour 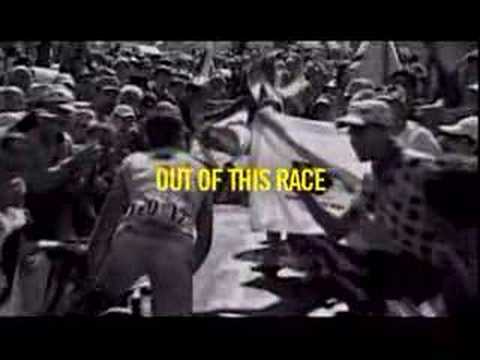 I know I’m a sucker, given that VS. was a part of covering up the doping scandals, but I can’t help but enjoy a good promo.  Le Tour is coming.  July 5th.

If you ever sit down with me and we talk about why I’m in communications law and why tech fascinates me, you’ll probably hear about my theories on communications infrastructure and how greatly they influence the type of society in which we live. You’ll also hear that I am fairly certain that we are living in a time during which all the tools that are needed to strictly control access to (and thus things learned from) that communications infrastructure are being built. Not as part of any particular grand conspiracy, but in the service of separate self-interested industries and institutions. Once those tools are in place, however, I think it won’t be too long before a lightbulb goes off somewhere, and it will become almost irresistible to use them as a whole for commercial and political ends.

SAN FRANCISCO — Microsoft, Google and PayPal, a unit of eBay, are among the founders of an industry organization that hopes to solve the problem of password overload among computer users.

The idea is to bring the concept of an identity card, like a driver’s license, to the online world. Rather than logging on to sites with user IDs and passwords, people will gain access to sites using a secure digital identity that is overseen by a third party. The user controls the information in a secure place and transmits only the data that is necessary to access a Web site.

So here’s a seemingly innocuous (at first glance) solution to the practical annoyance of multiple user IDs and passwords. Cool, have at it. But note that it is also, by definition, a proposal to tie everything you view online to your physical body, and pass that information through a single database (which also has the capacity to control what you view in the first place). What could possibly go wrong?

I mean, it’s not like the government would ever have any use for a centralized data repository. Or that a presumably-private “third party” in control of this database would ever cede access to the government for anything illegal.

Watch this. Whenever you hear about the development of tools – or adoption of laws – that make it easier to identify and control access to online content, ignore the stated purpose (it’s all piracy and terrorists, these days) and imagine how those mechanisms might be used to control the flow of information in general. And I hope that after 7 years of the Bush Administration, and about as many of lawsuits by the Recording Industry Association of America, there’s no question that there are very motivated entities – private and public – that would like to control exactly what you can see.

This is something I’ve long suspected, but soon we’ll be sure about it:

High-ranking political appointees at the Justice Department labored to stock a prestigious hiring program with young conservatives in a five-year-long attempt to reshape the department’s ranks, according to an inspector general’s report to be released today.

The report will trace the effort to 2002, early in the Bush administration, when key advisers to then-Attorney General John D. Ashcroft moved to exert more control over the program to hire rookie lawyers and summer interns, according to two people familiar with the probe.

The honors program, which each year places about 150 law school graduates with top credentials in a rotation of Justice jobs, historically had operated under the control of senior career officials.

Critics in the department had argued that hundreds of high-quality applicants had been rejected because of their ties to left-leaning nonprofit groups or clerkships with Democratic judges and lawmakers, according to correspondence at the time.

They’ll be there long after this Administration is gone.

Update: TPM is finding lots of fun stuff in the report, but I think this email (which is sent by a US Attorney to a DOJ official vetting the applications) illustrates it pretty well:

My initial reaction is that the guy is probably quite liberal. He is clerking for a very activist, ATLA-oriented justice. His law review article appears to favor reintroduction of wolves on federal lands, a very controversial issue here which pits environmentalists against lots of other interests, including virtually all conservative and moderate thinkers. I know of better candidates through our internship and clerkship programs who have applied to the honors program.

Saw an announcement about Netroots Rising, another book about the superduper powers of the internet, and popped over to Amazon.com to see if I could find any actual reviews.  Well, it looks like the Right’s best and brightest have already gotten ahold of the tags, where helpful souls have tagged it with terms like idiotarian, moonbats, nutroots, muslim, koran, etc.  Really?  That’s the best they could do?  Here, kids, study the tags for Jonah Goldberg’s Liberal Fascism: The Secret History of the American Left, From Mussolini to the Politics of Meaning and see if you can’t take a lesson or three.