Something I Wish I’d Done

Really, this is brilliant: 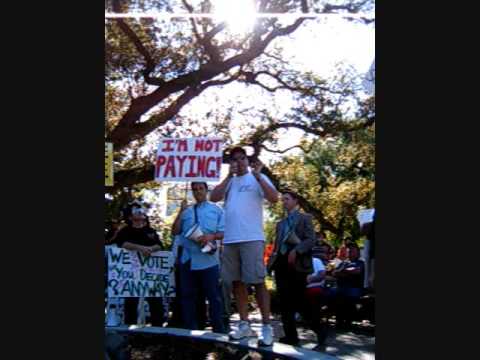 Story of the day, for sure:

While the N.S.A.’s operations in recent months have come under examination, new details are also emerging about earlier domestic-surveillance activities, including the agency’s attempt to wiretap a member of Congress, without court approval, on an overseas trip, current and former intelligence officials said.

And in one previously undisclosed episode, the N.S.A. tried to wiretap a member of Congress without a warrant, an intelligence official with direct knowledge of the matter said.

The agency believed that the congressman, whose identity could not be determined, was in contact — as part of a Congressional delegation to the Middle East in 2005 or 2006 — with an extremist who had possible terrorist ties and was already under surveillance, the official said. The agency then sought to eavesdrop on the congressman’s conversations, the official said.

I’d like to think that we’ll be getting more of the facts of that case shortly.  I’d also like to think that the every person at the NSA who thought that was a good idea will be gone, soon (of course, they won’t be).  But while the case above may be the instance that motivates Congress to care a bit more, this is why we should all care more:

Several intelligence officials, as well as lawyers briefed about the matter, said the N.S.A. had been engaged in “overcollection” of domestic communications of Americans. They described the practice as significant and systemic, although one official said it was believed to have been unintentional.

How many times did we hear – from the White House, from Congress – that sufficient protections were in place to prevent exactly that?  Lies or stupidity.  You choose.  In either instance, no one should trust anything they say about these matters anymore, without corroboration and external checks.

DC: What a Sports Town

So, on the way home from catching The Watchmen (verdict: read the book), we stopped by a previously-sworn-off bar because beer and chips seemed like the sensible thing to do at 10p.  It’s a sports bar, with lots of hockey (apparently in playoffs?) on the screens.  After some time, it became clear that the majority of the screens (and all of the sound) were tuned to the Pittsburgh-Philadelphia game.  A 3-0 game, which – as I understand it – is something of a blowout in hockey.  And on another, smaller, screen – the DC team (Capitals) v. someone else I can’t recall, 3-3.  DC teams – can’t even get love in their own city.  The icing?  We were five floors below the Capitals actual home/practice rink.

Ron Paul is back to his old self:

Ron Paul is now suggesting what he, I guess, thinks is a libertarian solution to the growing piracy problem. Have Congress get into the idea of issuing “letters of marque and reprisal,” which as Paul notes is actually a power expressly granted in the US constitution.

Get used to it.

I’ve written before that I think there are significant cultural differences between the US and UK, in terms of attitudes towards CCTV. But some things are cross-cultural, like law enforcement’s disdain for cameras when they’re the ones being recorded:

The chair of the police watchdog conducting a criminal inquiry into the death of Ian Tomlinson [a man who was found dead at the G20 protests shortly after he’d been shoved to the ground and hit by police] faced fresh criticism today after it emerged he was wrong to say there was “no CCTV footage” in the area where the alleged assault took place.

This morning the IPCC initially stood by Hardwick’s claims. “Mr Hardwick said there was no available CCTV footage of the incident and we stand by that. Any footage that is available, whether taken by police or by the public, will be fully investigated as and when it becomes available,” it said.

However, at 10.30am, after pictures were published showing cameras in the area, the IPCC changed its stance. “At this point, Mr Hardwick believed that he was correct in this assertion – we now know this may not be accurate,” the IPCC said in a statement. “There are cameras in the surrounding area.”

The IPCC would not comment on why, almost two weeks after Tomlinson’s death and one week after it said its investigators had pieced together his last moments by looking at “many hours of CCTV”, Hardwick had been mistaken about the locations of cameras.

Just an innocent mistake, I’m sure. And speaking of “innocent mistakes”, you can follow the link above to see another example of what I’m sure will be characterized as much – a G20 constable striking a woman with the back of his hand and then swinging a baton at her legs. All to keep the public “safe.”

Go to Cyclocosm.  The proprietor, Cosmo, has started a series of short (< 5 minute) video recaps that illustrate and analyze what happened in a given race.   He does such a great job that I don’t think you really need to know much more than the basics (i.e., cycling is a team sport, a team usually has a leader that it supports in order to ensure he crosses the line first, and it’s always easier to move faster in a group than when you’re alone.).  Here’s the video Cosmo put together for yesterday’s Paris-Roubaix race:


How the Race Was Won – 2009 Paris-Roubaix Video Analysis from Cosmo Catalano on Vimeo.

If you liked that, you can find a number of videos covering this season’s races at Cyclocosm.

gets a bad rap, and then I read something like this.   Christ.