Matt Tabbai’s occasionally overwrought channeling of Hunter S. Thompson can sometimes obscure the quality of his reporting, but mostly, he’s just dead on:

For what we’ve learned in the last few years as one scandal after another spilled onto the front pages is that the bubble economies of the last two decades were not merely monstrous Ponzi schemes that destroyed trillions in wealth while making a small handful of people rich. They were also a profound expression of the fundamentally criminal nature of our political system, in which state power/largess and the private pursuit of (mostly short-term) profit were brilliantly fused in a kind of ongoing theft scheme that sought to instant-cannibalize all the wealth America had stored up during its postwar glory, in the process keeping politicians in office and bankers in beach homes while continually moving the increasingly inevitable disaster to the future.

Nicely said, no? Next paragraph gets better:

That is a terrible story and it is also sort of a taboo story, since we don’t really have a system of media now that is willing or even able to digest that dark and complicated truth. Instead, our media — which has always been at best an inadvertent accomplice to these messes — is basically set up to take every revelation about the underlying truth and split it down the middle, feeding half to one side of the political spectrum and one half to the other, where the actual point is then burned up in the useless smoke of a blame game.

I’d just step back and admire that last sentence if, you know, it weren’t so painfully true.

Good Luck With That, Iran

Iran bans its citizens from having contact with foreign news orgs (among others).

A Good Idea from C-SPAN

Calling Obama on his promise push Congress to be transparent:

The C-SPAN television network is calling on congressional leaders to open health care talks to cameras — something President Barack Obama promised as a candidate.

Instead the most critical negotiations on Obama’s health plan have taken place behind closed doors, as Republicans repeatedly point out. In a Dec. 30 letter to House and Senate leaders released Tuesday, C-SPAN chief executive Brian Lamb asked for negotiations on a compromise bill to be opened up for public viewing, as Democrats work to reconcile differences between legislation passed by the two chambers.

It is going to happen? No. Should it? Absolutely. I’d rather see the ugly truths – that really aren’t going anywhere – in the open. I’m probably in the minority, though.

Yes, It Was Torture, and Illegal

It was deeply distressing to watch the United States Court of Appeals for the District of Columbia Circuit sink to that standard in April when it dismissed a civil case brought by four former Guantánamo detainees never charged with any offense. The court said former Secretary of Defense Donald Rumsfeld and the senior military officers charged in the complaint could not be held responsible for violating the plaintiffs’ rights because at the time of their detention, between 2002 and 2004, it was not “clearly established” that torture was illegal.

The Supreme Court could have corrected that outlandish reading of the Constitution, legal precedent, and domestic and international statutes and treaties. Instead, last month, the justices abdicated their legal and moral duty and declined to review the case.

In effect, the Supreme Court has granted the government immunity for subjecting people in its custody to terrible mistreatment.

Shameful actions, no? I fear that some think it’s just the last bits of the horrors of the Bush Administration being dusted away. Well, remember:

The party that urged the Supreme Court not to grant the victims’ appeal because the illegality of torture was not “clearly established” was the Obama Justice Department.

Temps today in D.C. will be bitter cold, with high not exceeding 25°. A Wind Advisory will remain in effect until at least 6PM. Winds today will be westerly at 25-30 MPH sustained, with gusts to 50 MPH. Wind chill values will not likely exceed 10°. Gale warning for Potomac River. Overnight-low 18°, wind chill 5°, winds 20 MPH, w/gusts to 35 MPH. Some issues with trees down, traffic accidents & power outages. [P]lease be careful and take all precautions.

And the forecasts offer no hope for the near future . . .

More about the making here. And I don’t even like Starbucks.

View From the Top of the Burj Al Arab

I saw this under construction, but it wasn’t from *this* perspective: 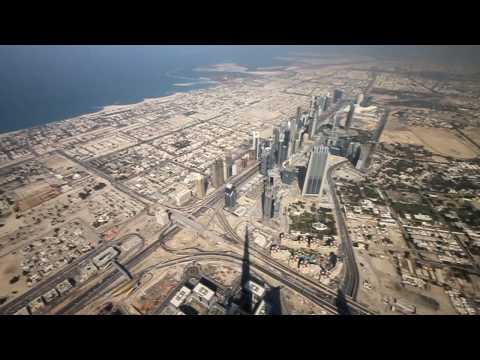