Achieved a long-held goal of circumnavigating DC on a bike, today.  Seems I did a really bad job of staying hydrated, and still have the dehyd headache to prove it.   Oh, and no race tomorrow.  No way.  More on Sunday.

I was walking down the sidewalk this afternoon, apparently whistling.  And a guy coming the other way looked at me and said “Well, *you’re* having a good day, aren’t you?”  Tis a fine day, but you have to appreciate the power of a song that can make it sound like a good day.  This is what I was whistling:

Which brings me to other reliably good mood music.  You know, that stuff that guarantees a smile.  We’ll start with the Violent Femmes’ I Held Her In My Arms:

Ack.  That’s a hard video to watch, eh?  Still love it.  One of the few songs that can top that, though, is Everclear’s AM Radio: 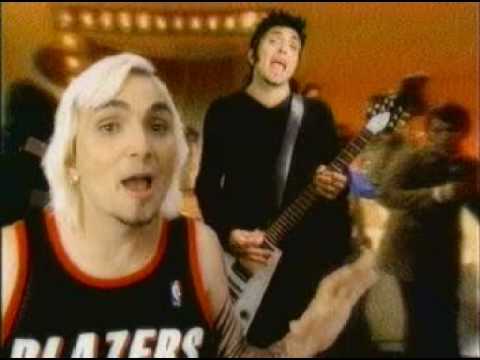 Seriously, how you can anyone not be smiling after that?

Finally, as a bonus, here is the song that will stop me dead in my tracks and have me sing the whole thing out loud on demand – Louis Jordan’s Beans and Cornbread: 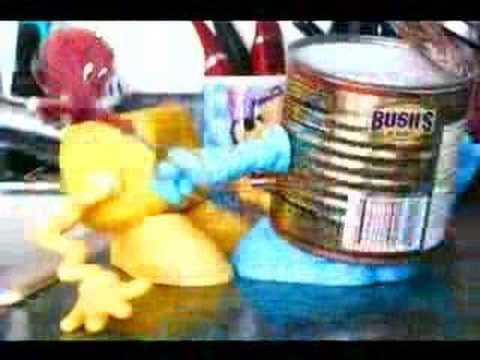 If you’re thinking about trying that, though, be careful – willingness to sing doesn’t necessarily translate into ability.

Have a good weekend, all.

I’m not really one for schmaltzy campaign songs*, but I think Dave Stewart’s done a good job with this: 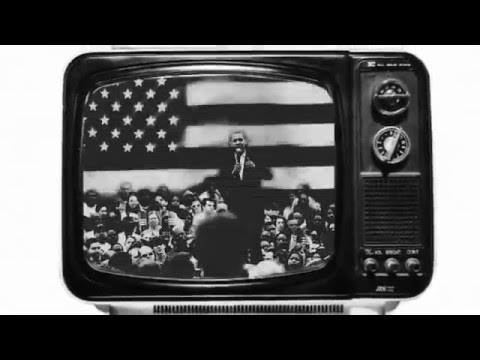 More about the song (process and lyrics) here.

*I was going to say that I’m more into the Mosh sort of campaign song: 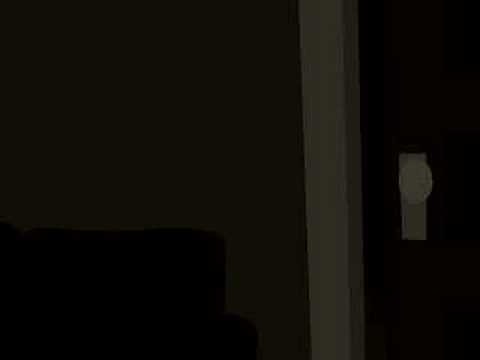 But then I realized that the most compelling political campaign song/video I’ve ever seen was this: 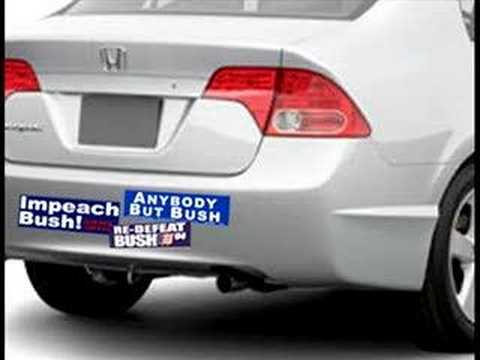 Turning P.O.W. Into A Punchline?

McCain may well be on the edge of achieving that.

DC Gets A Downtown Pro Criterium

On September 21st of this year, you’ll be able to head down to Penn Quarter and see a real live pro criterium race in the form of the ING Direct Capital Criterium.  It’s a six turn 1km circuit that winds its way among the Federal agencies downtown.

DId you notice something missing from that list of races?  That’s right, no women’s field.  Which is especially disappointing, considering that Cyclelife, a presenting sponsor, has its own women’s team.   They’re aware of that disappointment, and while they haven’t promised anything about next year, they say that they hope to include a women’s field when they can.

Friday Notes: Be Careful What You Ask For Edition

Here are a few that may turn out a little differently than its proponents had hoped for:

Scott Cleland over at the PrecursorBlog has an interesting analysis of what the FCC’s recent Report & Order regarding Comcast’s hidden traffic management activities means to the future of Net Neutrality.  While NN proponent Larry Lessig seems to think it a big success, Scott Cleland sees the order as having “reined in the net neutrality movement much more than it advanced their agenda.”  I haven’t had a chance to full parse the R&O, but I suspect that Scott is right.

Heard this NPR story on the radio about the Bush Administration’s latest attempt to shoehorn more government regulation into private lives.  This time, it wants to use the power of the government to give special rights to certain minorities bar private employers from taking any disciplinary action against an employee who claims that he doesn’t want to perform his duties because of his religious beliefs.  Can we safely presume, now, that Republicans will be consistent and recognize that it’s legitimate to balance some public interest concerns against the private freedom of contract?  Yes?  No?

There appear to be a number of people (including lots of Democrats) who support a return of the Fairness Doctrine.  The short description of the Fairness Doctrine is that when a controversial subject of public importance is discussed on broadcast television, a balanced presentation is made. Now, try and clearly nail down a definition of every word in that last sentence after “when”.  Kinda tough, eh?  So who does it?  Why, the FCC, of course!  Do you see the problem?  Well, lots of Dems don’t – which sort of boggles me, considering the lesson in ideological manipulation of the levers of government we’ve gotten in the past 8 years.  Why would you want the government to get involved in even more censorship than it does already?

The original argument was that since they were using the public airwaves, there was a public interest obligation that justified this intervention.   Now, as a legal theory, I find that acceptable (in fact, it’s a theory that underlies a lot of regulation).  But as a practical matter, it’s a really bad idea.  And, apparently, it’s an idea that almost 30% of people in a recent poll would like to see extended to the Internet (and blogs, in general).  Think about that.

Update: I figure that this is as good a place as any to put myself on the careful what you ask for hook, wrt the Obama VP selection.  My own worst to first: Clinton (for many many reasons, none of which involve the question of her ability to be President).  Bayh would be an awful choice (primarily for the reason noted here).  Kaine doesn’t inspire me, but would be acceptable (and a good campaigner).  I am surprised to find myself coming around on Biden (but still shudder at the thought of him actually being President).  But I’d still like to see Brian Schweitzer (Governor of Montana) top the list.

*I know, I left off Sebelius, but I still haven’t managed to form an opinion of her.

Key to Electoral Success: A Series

It strikes me that I should have started a series with this post – Key to Electoral Success: Hide Being Smart and Like Giving Black Eyes – back in May.  There’s been a resurgence, this cycle, of tortured attempts by Democrats elevate the violent hillbilly model of social interaction into an acceptable political strategy.  Here’s the latest entry in that contest.  I’ll give it credit for being slightly smarter than most.

h/t to Raising Kaine, where the irony of pushing this line almost doubles over on itself

I first heard of the U.S. Passport Card last year, and I assumed that it was an ID document that was specifically offered for the convenience of populations living along the Mexican and Canadian borders.

Last we left the 8th Congressional District campaign, the Mark Ellmore campaign had just sent out a flier making false statements the weekend before the GOP primary. Well, it paid off and Ellmore won the primary. So now that Ellmore campaign is facing Democratic incumbent Jim Moran in the general, it looks like they’re reworking their political flyer strategy:

So, the other day Mark Ellmore came to my house.  [ . . . ] He was kind of shifty-eyed and sniffly, and of course my first thought was “drug addict,” but no, it turns out “congressional hopeful” was the right answer.

Anyway, he handed me this big blue flyer and asked if I had any issues I wanted brought up on a national level. I said no, and went inside to study his paper. Sneaky #1 – it’s a big blue flyer, so of course I read it instead of sticking it straight in the trash.  It was really confusing, though – I kept saying, “but I don’t agree with that! That’s a terrible idea! What kind of policy is that?” and it took me FOUR reads before I found the wee little 8-point “Republican Candidate” in the corner. (Sneaky #2!)

Hmm. Sounds like they need a little more work.

DC’s Union Station: Where *Do* They Get Their Employees?

DC’s Union Station has provided the backdrop for many a Blacknell.net posting this year (see here and here). And every time, it has involved the application of some seriously questionable judgment on the part of people working at Union Station. So here’s another installment, in which Union Station personnel have taken it upon themselves to beautify DC by stealing the bike off a bike rack because it was too ugly. Really – watch the video (and don’t miss the part when the Union Station employee also harasses the news crew about filming, but then wanders off when challenged on it . . . ). Is Union Station an employer of last resort, or something? Do they only hire people with a demonstrated ability to make really poor choices?

(BTW, according to the woman who had her bike stolen by Union Station employees, they’ve got a whole basement full of bikes down there. If you know anyone who thought they had a bike stolen from the racks at Union Station, it might be worth passing this along.)