A Year in Travel

Prompted by the last post, this is October to October:

I never thought I’d be surpassing this anytime soon (in terms of kms traveled), but it looks like I did, with ~105,000 km.  There’s a slight bit of a cheat in this map – that trip through Nova Scotia was allll road miles, but it didn’t seem right to leave it off.   All in all, I’m a very lucky guy.

I’ve been thinking a bit about travel, lately, and why it’s so important to me.  Anthony Bourdain and I share some common ideas on that, it seems:

(picked up from Esme Vos’ blog)

Taking Fox For What It Is

Eric Boehlert ties together nicely what every one of us already knows:

Fox News has exited the journalism community this year. It’s a purely political player, and journalists ought to start covering it that way.

A few years ago, the dumbed-down debate surrounding Fox News was whether it truly was fair and balanced. (It wasn’t.) Today, it’s whether Fox News is truly a news organization. (It’s not.) Yet journalists remain way too timid in spelling out the truth. Spooked by right-wing attacks about the so-called liberal media, Beltway media insiders, who certainly understand Fox News’ brazen political maneuver in 2009, continue to play dumb on a massive scale and cover Fox News as a news media organization.

Why does this matter?

It’s important that this trend now stop. The self-evident truth needs to be told, and news consumers need to understand the extraordinary forces that have been unleashed — forces that dramatically altered the media landscape. News consumers also need to understand why it’s becoming increasingly impossible to maintain any kind of public discourse regarding the issues of the day, especially health care reform, when a major so-called news organization is devoted to spreading as much misinformation as possible.

It’s doing real damage to this country, and once again, most of the press is unwilling to cover it honestly.

Not a Request, but a Declaration

A Guy, a Banjo, and a Tambourine 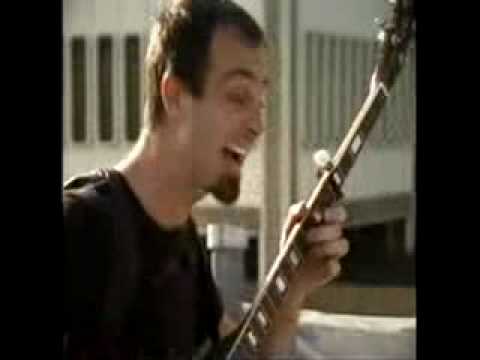 Perhaps if reporters stop sanitizing the language of politicians and their people we can stop pretending that respectable people never use horribly uncivil naughty words. More than that, Villagers can stop pretending that people in their little community never tolerate such horrid behavior. People in DC swear a lot. A senator I had just met in an on the record setting let loose ‘fuck’ and ‘shit’ within about 5 minutes. Now I’m not going to “report” this (as in naming names) because I don’t think it’s particularly newsworthy, and depending on the day it might cause the absurd fainting couches to come out, but it would be nice if we all stop pretending that bad words are not a part of our normal discourse, used by people everywhere in the socioeconomic spectrum all the time…

No shit.  And I say that as a DC denizen of more than a decade now.

Andrew Sullivan pretty much sums it up for me.  And let me preempt the number 1 bullshit reply that I’ve heard from so many apologists – the anger isn’t about big legislative changes (e.g., ending DOMA), it’s about him not taking actions within his immediate power (e.g., stopping the enforcement of Don’t Ask, Don’t Tell).  Yes, some things take time.  Some things.  Not all.

“I’m not shaking your hand, you’ve got blood on it.”

Looks like Vice President Joe Biden will be coming to Virginia for a bit of politicking.  I did recently get an invite for a reception with him and Creigh Deeds, for the low low price of $1000 per person.  Pass, thanks.  In any event, I wonder how well Biden will translate for VA politics.  Personally?  I like the guy.  Yes, he’s a little full of himself, but he doesn’t suffer fools gladly.  He’s also pretty goddamn smart.  And those, of course, are two strikes against any politician in Virginia.