McCain: Put Me Down as a Yes for Torture, Please

Well, McCain’s certainly making it easier for people like me to disabuse anyone of the notion that the man has any principles (nevermind admirable principles). McCain, who has publicly and repeatedly claimed to oppose waterboarding as torture – yesterday voted against the bill banning waterboarding. Musn’t be on the wrong side of George Bush, it seems, even when that makes you pro-torture. Straight-talkin’ maverick, indeed. This man will continue to debase himself on any issue, in the (almost certainly fruitless) pursuit of the White House.

Update: TPM has a further look at the various contortions used to try and explain this vote.

From my Frankfurt playlist (circa 1986):

INXS: Guns in the Sky: 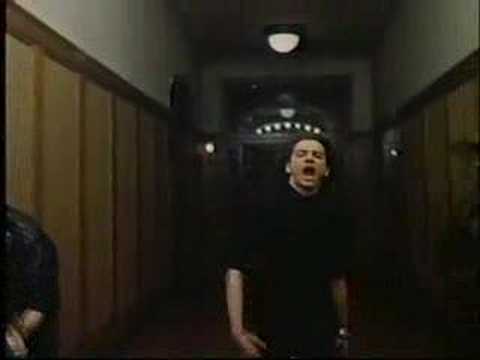 Chaka Khan: I Feel For You:

That wasn’t so hard, was it?

No, not John.  Donna.  Soon-to-be Representative Donna Edwards (D-Maryland).   She played David to Rep. Al Wynn’s 8 term Goliath, helping illustrate that – with enough hard work and dedication – we can not only have Democrats in office, but better Democrats.  More on this win at WaPo.

Keeping Bush on His Bike

As I’ve mentioned, my local bike shop* takes care of Bush’s bikes for him (and half of DC law enforcement, apparently). For those that are interested, here’s a recent interview with Pinky (co-owner of the shop) about the task of keeping George happy and rolling. Please forgive the illiteracy of the piece – it’s the Georgetown student newspaper.

*actually, this placed used to be my shop. However, I’ve since moved onto Conte’s, with whom I’ve been quite pleased.

Webb Sells Us Out. Again.

Back in August, Sen. Jim Webb (D-VA) was one of the votes for expanding the Administration’s surveillance powers without any substantive oversight. And now, today, he voted for providing retroactive immunity for the telecom companies that helped the Administration engage in illegal spying on Americans. This was a basic question of whether you support the rule of law or not, and Webb failed it.

They always disappoint in the end, don’t they?

Other Democrats who value the telecom companies over your Constitutional rights and the rule of law include:

Updated: Atrios says something worth considering:

While one can’t discount legalized bribery campaign dollars entirely, I do think too often we assume they’re the reason lawmakers do the “wrong thing” when the simpler explanation that they believe the wrong thing is in fact the right thing is the answer.

Too many Democrats simply don’t have the values we imagine they do, and it lets them off the hook too much to assume they’re simply craven people who need to get re-elected instead of bad people who don’t share our values.

I wouldn’t go so far as to characterize them as “bad people”, but I think this generally gets it right. I’m not interested in a monoculture party with perfectly harmonized values, but I do expect a shared core. One that includes the rule of law and respect for the Constitution.

Smile for the Camera!

It seems DC is now paying a team of officers to sit and watch CCTV all day.  What channel?  You.  The Washington Post tells us:

[F]or about 40 hours a week, a small team of officers in the department’s Joint Operations Command Center watches the live feeds from 10 to 15 of the cameras. They choose locations based on the latest crime trends — focusing, for example, on areas in Southeast Washington beset by gun violence.

The District’s cameras have quite a range, officials said. Officers can rotate angles for different views. They can zoom in on faces of potential suspects and pick up license plate numbers from cars several blocks away.

Forgive my reluctance to believe that the DC Police Department will actually achieve anything more than gawking at hookers walking down the street with this new measure.  Remember, this is the place where guys like this get promoted to captain.  But wait, there’s more:

London is often credited with having the most extensive network — 500,000 cameras that make up the “Ring of Steel,” dating to the early 1990s. “I’d love to have the whole city wired like London,” said Lanier, adding that she didn’t anticipate that becoming a reality.

Coming soon to a budget markup committee meeting near you.  Bet on it.

British Olympic chiefs are to force athletes to sign a contract promising not to speak out about China’s appalling human rights record – or face being banned from travelling to Beijing.

In case you’re wondering, no, neither the US, France, Australia, South Africa, or most any other civilized country imposes such requirements on its athletes.

I didn’t hear about Operation United Reveille IV until yesterday, and I think I’m going to check it out. Adapted from the Circle of Friends for American Veterans site:

WHAT: One of a series of city rallies in creating massive public awareness about the problems and solutions for homeless and American Veterans. A sequel to OPERATION UNITED REVEILLE I, II and III which generated media blitzes in 36 cities, spotlighting local veterans’ programs, drawing Members of Congress and featuring color guards that opened every rally.

WHY: Approximately 300,000 men and women who served in American uniform are on our streets on any given night, including about 3,000 troops who served in Iraq and Afghanistan. The Veterans’ Administration funds only about 12,000 beds for homeless veterans. About one-third of the returning troops have Post Traumatic Stress Disorder (PTSD), but only about one-half of VA medical centers treat for PTSD, and of those offering treatment, that were surveyed by the Government Accountability Office (GAO), seven out of eight are unprepared to handle the caseload.

HOW: The Circle of Friends has become one of the foremost veterans’ advocacy organizations in American by reaching over 50 million people through media coverage all over America. Molding public opinion helps shape public policy by “putting the heat on politicians, so they see the light.” As in 2004, candidates for federal office all over the nation will be challenged to endorse a “Veterans Bill of Rights.” Transitional facilities report greater public contributions, volunteers and referrals after being featured during TV newscasts and their programs receive positive coverage in the newspapers.

WHEN: Friday, February 8th at 7pm.

WHO: Sponsored by Circle of Friends for American Veterans, Center for American Homeless Veterans and VETERANS’ VISION Publication. Every rally will be opened by a color guard presenting the colors. Veterans’ transitional facilities will be invited to be highlighted for every rally. While no endorsements will be made, every major Presidential campaign will be invited to have their candidate or a representative speak and say what they promise to do for American Veterans. [emphasis mine].

I hope my fellow local Dems will join me.

See, old Zell still manages to leave some good behind him.

Having come to a point where neither Obama nor Clinton have made a compelling case for his or her winning my vote over the other, I’ve found myself taking the larger view from the bleachers.  And, for the most part, it’s a really silly game I’m watching (tho’ the parallels to televangelism are growing).  It could be a better one, but it won’t be, so I’ve decided to just keep my harping to a minimum.   Thus the rather light political content of late.  While there are certainly big things at stake, it feels mostly like analyzing a PeeWee league football game – what’s the point, really?