Despite the fact that a blind man could see Stevens’ guilt, I was pretty sure he’d end up with a hung jury.  So very glad to be wrong.

Metro officials announced today that they will begin randomly inspecting backpacks, gym bags and any other containers that riders carry with them onto the bus and rail system, in an effort to deter possible terrorist attacks.

Officials said Metro’s program — announced a at morning news conference — was not begun in response to any specific terrorist threat, but was prompted by continuing concerns about transit security and the upcoming election and inauguration of a new president.

In the searches, transit police will choose a random number ahead of time, such as 17. Then they will ask every 17th rider step aside and have his or her bags searched before boarding a bus or entering a rail station. Gizmodo highlights this year’s edition of a poster every American should have.

Andrew Sullivan quotes John Hodgman‘s explanation for what it is that he thinks is appealing about Obama:

“[W]hat I think it’s really amazing that he exists in the same world that I also inhabit and no other political candidate lives in that world right now. They live in a made-up world that is not reality. I think that that’s why you see Obama surging right now. It’s that the people like the fact that Obama lives in the world that they live in[.]”

I’m not really one for conflating the private personal with the public political, but this is a story I can identify deeply with.  I suspect it’s one that most of us will be able to, at some point in our lives.  Few of us will ever actually know the man, but this is just one reminder that – as much as we may be divided by so many things – there are some deeply personal experiences common to us all. It was a great time last year (report here) and this year promises to be even better – higher payouts, Belgian sponsorship of the kids’ race, and free frites for all!   Yes, that’s free frites – also know as Scud’s Famous Fries, the quality of which I will personally vouch for (I’ve enjoyed his fine work for years).  And if, for some unfathomable reason, beer (yes, beer) and frites on Sunday morning aren’t your thing, the DC Dutch Club will be making “poffertjes“ on venue.  The weather is expected to be sunny (if a bit windy).  Bring some chairs, something to keep you warm, and a healthy sense of appreciation for the voluntary suffering of others.  The first races start at 9am, and the last starts at 2:30pm (finishing around 3:30pm).

More info from the race organizer here, a bit of coverage in the Washington Post (!?) here, and the schedule and registration list here.   What better way to spend a Sunday morning?*

* Well, there is *one* better way, and that’s riding your bike instead of watching someone else ride his.  I’ll be down in Shenandoah doing that.  But believe me, while I’m climbing Hankey Mountain, you can be sure I’ll be wishing I’d chosen beer and frites.

A few days ago, I pointed to a Washington Post story that noted bailout recipient banks were not using the government money to increase liquidity (the stated justification for the bailout), but to acquire other banks.  The New York Times advances the story:

In point of fact, the dirty little secret of the banking industry is that it has no intention of using the money to make new loans. But this [J.P. Morgan] executive was the first insider who’s been indiscreet enough to say it within earshot of a journalist.

(He didn’t mean to, of course, but I obtained the call-in number and listened to a recording.)

“Twenty-five billion dollars is obviously going to help the folks who are struggling more than Chase,” he began. “What we do think it will help us do is perhaps be a little bit more active on the acquisition side or opportunistic side for some banks who are still struggling. And I would not assume that we are done on the acquisition side just because of the Washington Mutual and Bear Stearns mergers. I think there are going to be some great opportunities for us to grow in this environment, and I think we have an opportunity to use that $25 billion in that way and obviously depending on whether recession turns into depression or what happens in the future, you know, we have that as a backstop.”

Read that answer as many times as you want — you are not going to find a single word in there about making loans to help the American economy.

So, let’s see, where have we seen this happen before?  You know, where the American public is rushed in to commit enormous resources to protect the common good, only to find out that the effort is mostly benefitting the already strong?  Hmmm:

It is starting to appear as if one of Treasury’s key rationales for the recapitalization program — namely, that it will cause banks to start lending again — is a fig leaf, Treasury’s version of the weapons of mass destruction.

Gosh.  I’m shocked.  I don’t doubt that there was/is an enormous problem requiring an enormous solution.  What I was 99% sure of before the bailout, and 100% sure of now, is that no one should ever have taken the “trust us” requests of the bailout proponents seriously:

There are lots of reasons the markets remain unstable — fears of a global recession, companies offering poor profit projections for the rest of the year, and the continuing uncertainties brought on by the credit crisis. But another reason, I now believe, is that investors no longer trust Treasury. First it says it has to have $700 billion to buy back toxic mortgage-backed securities. Then, as Mr. Paulson divulged to The Times this week, it turns out that even before the bill passed the House, he told his staff to start drawing up a plan for capital injections. Fearing Congress’s reaction, he didn’t tell the Hill about his change of heart.

Now, he’s shifted gears again, and is directing Treasury to use the money to force bank acquisitions. Sneaking in the tax break isn’t exactly confidence-inspiring, either.

There’s that theme again – a constantly shifting rationale covering up what seems to be a pretty straightforward underlying plan.  We can be sure Congress won’t let them get away with it this time, right?  There’s a quote near the end from Sen. Chris Dodd (D-CT) about how there will “be hell to pay” if the banks are hoarding the cash rather than using it for loads.  For some reason, I can’t quite bring myself to trust that, either. 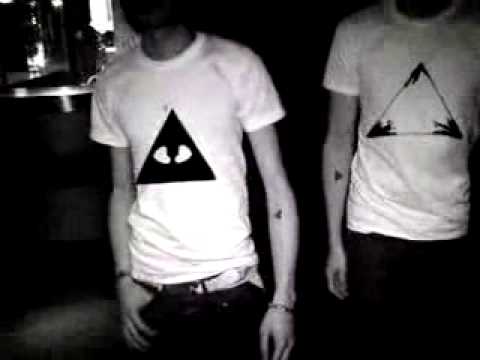 As I’ve discussed with a few people, I can easily envision a number of scenarios that would make Obama a one term president.  There’s just so much shit to shovel for the next president, and the resulting mess will make an enormous amount of people unhappy.  That’s why I’d love to see Sarah Palin run in 2012 as the GOP nominee.  I can’t think of a better way to ensure 8 years for an Obama administration.  Go, Sarah!  (I’ll even buy you a new outfit!)